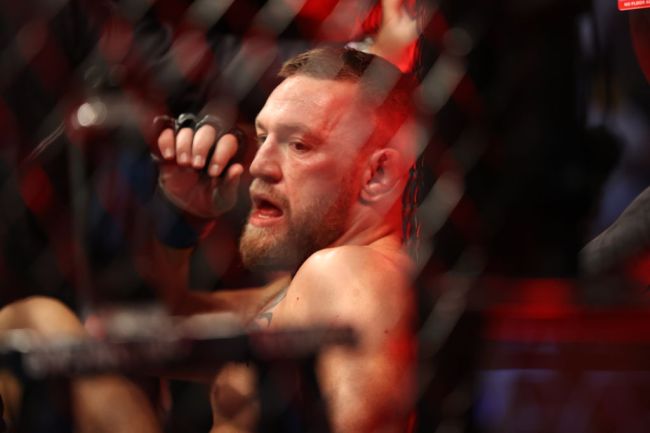 Days after his fight against Dustin Poirier, Conor McGregor wants everyone to know that he was injured going into the fight that caused his broken leg on Saturday night.

In a video released on his Instagram account, McGregor said that he suffered a “stress fracture” on his leg weeks before UFC 264.

“I had stress fractures in my leg going into that cage. It was debated about pulling the thing out.”

Conor McGregor describes shin and ankle injuries he says he had heading into #UFC264 (via @TheNotoriousMMA) pic.twitter.com/0BgO3lOXpD

“I was injured going into the fight,” “People are asking me, ‘When was the leg broke? At what point did the leg break?’ Ask Dana White. Ask the UFC. Ask Dr. [Jeff] Davidson, the head doctor of the UFC. They knew I had stress fractures in my leg going into that cage. It was debated about pulling the thing out.”

After people called B.S. on him, McGregor posted several photos from his upcoming behind-the-scenes Netflix documentary that shows him speaking to doctors about the injury while other pictures show him icing the leg after practice.

All you pull out merchants wouldn’t last 13 seconds in my world.
My 4 part Netflix docuseries coming soon has the entire bts.
I’m gonna title it “Mad Mac’s: Fury Road” pic.twitter.com/nNNShC8mfo

Wouldn’t change my journey for no ones! The greatest of all time! pic.twitter.com/iZhQ3j7B1A