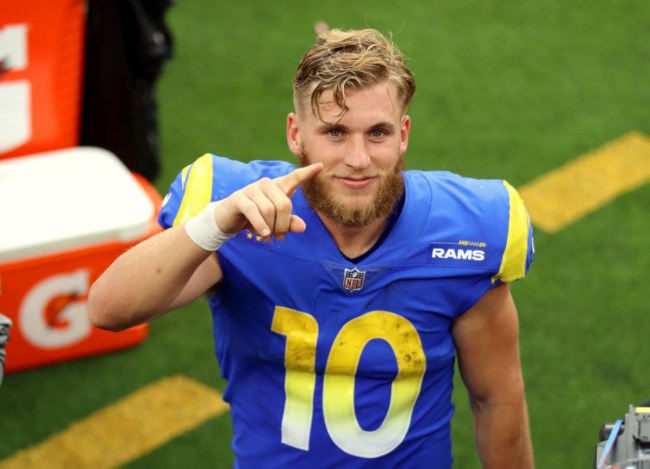 We all already knew this, but Cooper Kupp is an ath-uh-lete. Before becoming one of the top wide receivers in all of the NFL and leading the league in practically every receiving statistic this season, Kupp handled his business on the hardwood as well.

Kupp didn’t just put up numbers against random high school basketball players either, the man got it done against Zach Lavine on one of the biggest stages in high school hoops.

ZlenderrmanGG1 re-shared the story on Reddit about Kupp’s high school team dominating Lavine’s back in 2012 during the Washington State High School Basketball Tournament.

Lavine, now a guard for the Chicago Bulls, was the No. 1 player in the state of Washington at the time and ranked as the 14th best shooting guard in the country. Kupp was a zero-star athlete that ultimately decided to play football at Eastern Washington.

That didn’t matter though, Kupp and his team took care of Lavine.

Kupp finished the game with 19 points for his Davis High School Pirates, and while Lavine had 20 to his name when it was all said and done, his buckets came when the game was already way out of reach.

According to SB Nation, Lavine managed to score just four points in the first half of the quarterfinal game. Davis jumped out to a 30-point lead with three minutes left in the third quarter and that was essentially all she wrote for Lavine and Bothell High School.

So, you can just go ahead and add this story to Kupp’s uber-athletic resume. The man has been getting the best of top-notch athletes since high school, both on the field and on the basketball court.