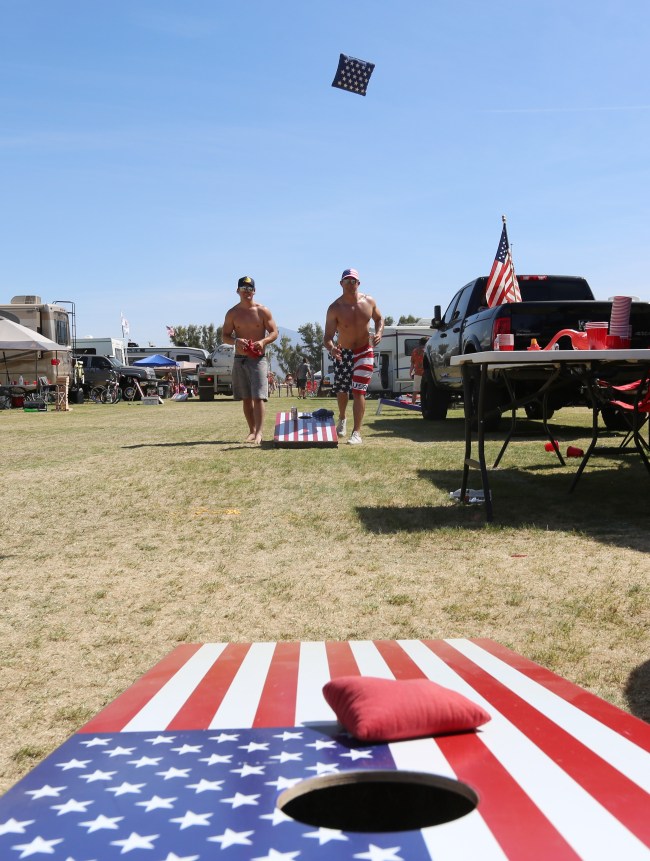 The American Cornhole League (ACL) is currently holding (March 15-18) their 2nd national tournament of the year in Las Vegas, with live action appearing on ESPN3. JohnWallStreet recently spoke to the league’s founder Stacey Moore, to discuss how cornhole became a pro sport, how the ACL generates revenue and how much the league’s top players can win annually.

JWS: How did you manage to turn a tailgate game into a sport broadcast by ESPN?

Stacey: I looked at the game and the primary thing missing was that nobody was doing scores and stats, there wasn’t any technology out there to bring it all together. So, I invested heavily in our software. In addition to having scores and stats, I felt like you had to broadcast it like a legitimate sport and I was fortunate that ESPN decided to give it a shot. We did our first broadcast on ESPN3 back in July 2016 and then just about a month before our main event in 2017, they called and asked if I would be interested in being on ESPN2. So, we went live on ESPN2 last July.

JWS: Many niche sports are moving towards an OTT distribution model. Why did you choose to partner with a traditional cable broadcast provider?

Stacey: I still feel like TV gives you the massive audience needed to make a big impact. While everyone knows cornhole as a game, they hadn’t really viewed it as a sport (making it unlikely they would pay for an OTT service). I didn’t think we would be successful going with a pure subscription model, targeting just the core competitive cornhole community; one that is extremely small relative to the number of people who have picked up a bag.

Stacey: We’re fortunate that we have multiple revenue streams. We collect a membership fee from both our players and directors. We have fees for each tournament, every time a player plays in one of our tournaments and uses our software we generate revenue. We also have equipment deal partnerships (allcornhole.com) and sponsorships (Johnsonville is the title sponsor) is a big piece as well.

Howie Long-Short:The American Cornhole League (ACL) has a guaranteed prize pool for national ESPN events of $100,000 and will give out more than $250,000 in prize money this season. The top player in the league made $30,000 last season.

Fan Marino: Considering my limited athletic ability, life-long aspiration to be a professional athlete and affinity for drinking beer in a parking lot, professional cornhole makes for an intriguing career opportunity; but, this isn’t a light-hearted “beer league”. The ACL is serious competition, filled with “retired athletes, guys that played high school or college sports competitively.”

The NCAA men’s basketball tournament remains “the second largest post-season sports franchise, trailing only the NFL playoffs”, in terms of television advertising expenditure; but, the ad spend growth rate for the Big Dance trails that of the NBA, MLB and NFL post seasons, over the last 5 years. Though 97 advertisers (a record) spent $1.28 billion (also a record) on television advertisements during March Madness ‘17, that total has grown just 3.3% annually since topping $1 billion for the first time in 2012. For comparison purposes, the NFL is growing +9.7% annually with advertisers having spent $1.55 billion during the most recent postseason. The NBA (3rd largest post season franchise) has experienced 11.7% YOY growth over the same period, with brands increasing their total postseason ad expenditure to $934 million in 2017.

Howie Long-Short: The prohibitive cost of advertising during the NCAA tournament, relative to global audience size (or lack thereof), is likely the biggest reason March Madness’ ad spend growth rate trails the NFL, NBA and MLB postseasons. NCAA bylaws preventing companies from using the names (or likeness) of the college athletes in their advertisements, also places them at a competitive disadvantage relative to the pro sports leagues. It should be noted that the NCAA’s ad spend growth rate is “in line with rights fees increases.” For informational purposes, General Motors (GM, $83 million), AT&T (T, $66 million) and Coca-Cola (KO, $56 million) spent the most among advertisers during the 2017 NCAA men’s basketball tournament.

Fan Marino: Loyola University-Chicago won its first NCAA tournament game since 1985, upsetting the University of Miami on a 3 pointer at the buzzer; a highlight that will live in March lore forever. Among those in attendance were 98-year-old team chaplain Sister Jean Dolores-Schmidt. Dolores-Schmidt is no front-runner. Prior to November (she broke her hip keeping her out of action), she had only missed 2 games since ’94. She has a plaque in the school’s hall of fame, had her own bobble head night at the arena and still issues scouting reports on upcoming opponents. Her 11th seeded Ramblers are scheduled to play 3rd seeded Tennessee on Saturday. No doubt, she’ll have some thoughts on how to stop Grant Williams; UT’s unanimous all-SEC first team selection.