Couple At Thunder-Rockets Game Didn’t Know Who Drake Was 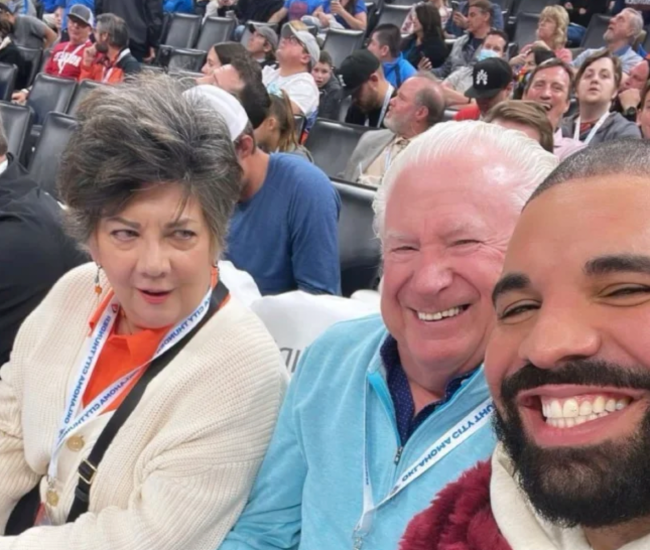 i’m sure this is not how this couple saw their Wednesday night trip to an Oklahoma City Thunder game going. Somebody was probably desperately trying to give away courtside seats to the Thunder-Rockets game that absolutely nobody wanted. They decided to take them and ended up all over social media.

That’s right, that guy just asked Drake “are you famous?” It’s hard to imagine not knowing who Drake is in this day and age, but I can kind of see why these guy would be surprised to see Drake at this game.

I honestly don’t have a clue what Drake was doing at this game. He has no real ties to either team. Rockets-Thunder is just about the lowest level of NBA basketball you could hope to watch. Drake doesn’t live near Oklahoma City. The best guess I can come up with is he was showing a fellow Canadian some love and went to watch Shai Gilgeous-Alexander lead the Thunder.

To his credit, Drake seemed pretty amused by the whole situation and laughed it off as the Thunder mascot came by to say hello. He even posted a picture with the couple captioned “my new parents”.

Drake and the guy in blue are about to drop a new album and then become the next coach of Oklahoma pic.twitter.com/5AImy770M2

Let this be a lesson, kids. Stay vigilant. No matter how it ends, nobody wants to be the person who’s face is all over Twitter because they didn’t know they were sitting next to a 4-time Grammy award winner.