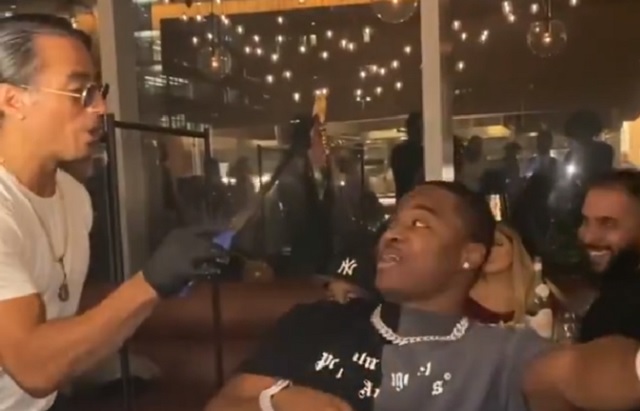 Dallas Cowboys wide receiver Amari Cooper made his way to Salt Bae’s new Nusr-Et Steakhouse in Dallas that opened over the weekend.

The main attraction of Nusr-Et Steakhouse is when the man who has become a walking Internet meme personally cuts up pieces of steak and feeds it to his customers which leads to viral moments like that time a boyfriend was horrified watching Salt Bae feeding his girlfriend in front of him.

So was that disrespectful? #B1 🤔pic.twitter.com/Y7bvaZshB4

During his visit to the restaurant, Cooper hilariously wanted no part in getting fed by Salt Bae while others urged him on. Eventually, comedian/Instagram personality Pio swooped in from another table and let Salt Bae feed him some free steak.