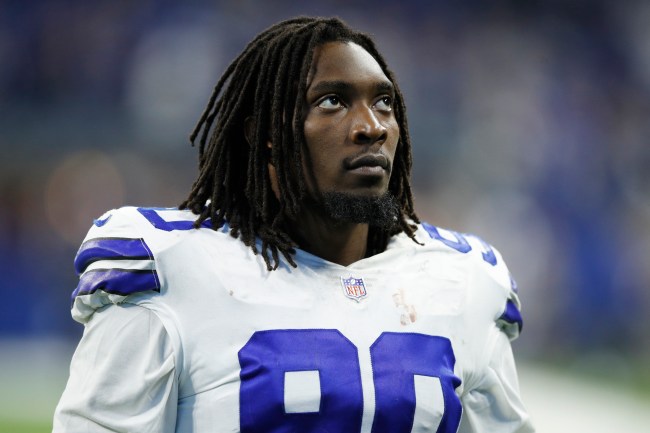 DeMarcus Lawrence is currently beefing with Cowboys fans who are not happy with his performance on the field.

On Sunday night after the team gave up 49 points to the Cleveland Browns Lawrence called the defense “soft” during his postgame press conference.

Cowboys DL DeMarcus Lawrence on defense: "In my own words, I'd call it soft. We've got to hold ourselves to a higher standard. …I call this s— soft."

Fans didn’t think Lawrence had the right to call out the defense considering that his own play has been subpar.

What about his own play. Guy is invisible out there https://t.co/6K5he1fmnV

Says the softest one of them all @TankLawrence. you get paid & completely forget how to rush the passer???? https://t.co/4y1W2oIzXT

You haven’t had a sack in like 3 years. Call yourself out first https://t.co/r5HykJ4Iwc

Lawrence fired back at fans in a NSFW Instagram post blasting those who are criticizing him for calling out the team’s defense. 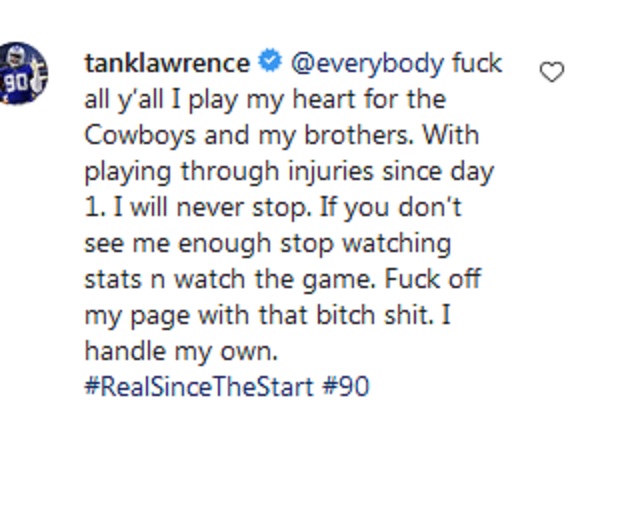 It’s going to be a long season for Lawrence and the Cowboys if the defense doesn’t get better.