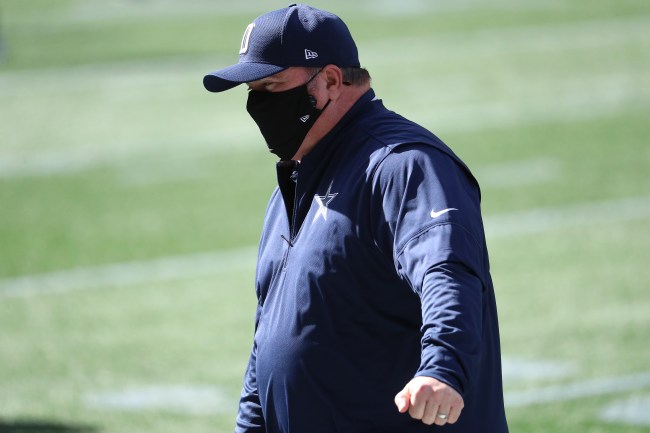 All-day long, the Browns the Cowboys defense and were able to get pretty much whatever they wanted on offense.

The Browns went on to drop 31 points on the Cowboys in the first half.

The Browns just hung 31 on the Cowboys in the first half 😯 pic.twitter.com/ru97DqLSGk

The Browns 31 points were their most in a 1st half since December 1, 1991 at the Colts. Bernie Kosar was their starting QB that day.

The Browns have also scored 30 points in 3 straight games for the first time since 1968. pic.twitter.com/WvF991kvn7

Cowboys fans blasted the team’s poor defensive effort against the Browns on Sunday and called for the firing of Mike McCarthy.

I don’t want to be an alarmist, but the Cowboys don’t look good at all with Mike McCarthy.

I know he just got here, but hear me out. We should fire Mike McCarthy.

It's an easy fix . . . Fire Mike McCarthy. Should have never been hired in the first place.

This is pitiful I’m about to turn it off. Fire mike McCarthy

Mike McCarthy gonna get fired in week 5 the way this squad been playing. Can’t stand that team but they should blow it up. Keep Mike and tank. Fire him after the season. Hire Eric Bienemy. Trade Cooper for picks. Trade Dak for Picks. Draft Lawrence and some DBs.