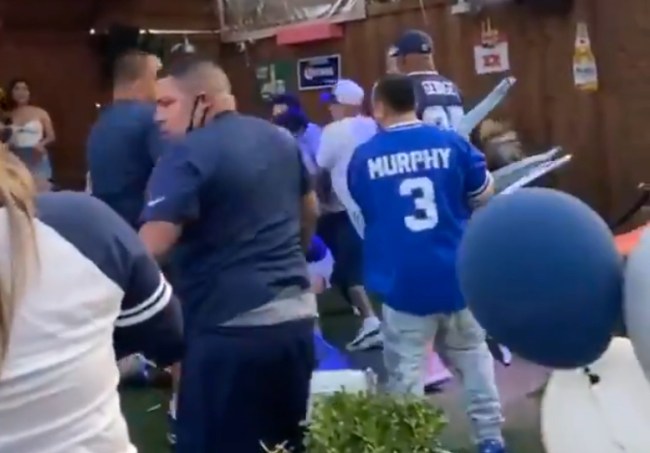 Cowboys fans don’t usually get along with other fans. This past Sunday, they were even fighting among one another.

This video of a Dallas Cowboys watch party turning into a Pier 6 brawl obviously had to happen prior to the Falcons epic fourth-quarter collapse.

(In his best Stefon from SNL voice)

This fight has everything…

Sports are officially back in Dallas pic.twitter.com/pHbMzifjLV

Imagine this party if the Cowboys lost.