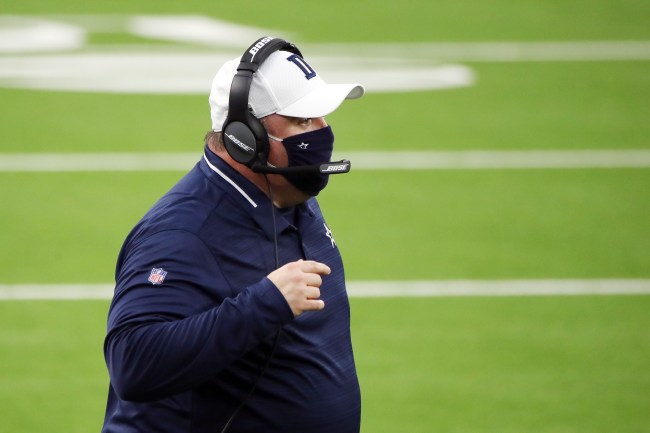 It’s a brand new season and Cowboys fans are once again disappointed with the team’s coaching decisions.

During Sunday night’s Cowboys-Rams game, coach Mike McCarthy made a bold decision in the 4th quarter to go for it on 4th and 3 instead of kicking a chip shot field goal while only down three points.

Mike McCarthy on his decision to go for it on fourth and 3: “You have to trust your players. First time out in a game, I wanted our offensive guys to play wide open. We have that capability. I’ll pull back when I feel like it’s in the best interest of… https://t.co/dqKKS4Ds1W

Unfortunately, Dallas went on to lose the game by three points and Cowboys fans started calling for McCarthy to be fired after just one week.

@dallascowboys it's not too late to fire Mike McCarthy

i would fire mike mccarthy

Fire mike McCarthy he wants to do math not coach football

If I were Jerry Jones, I’d fire Mike McCarthy mid-game for that decision to go for it on 4th and 3, when a chip shot field goal ties it up. #SNFonNBC