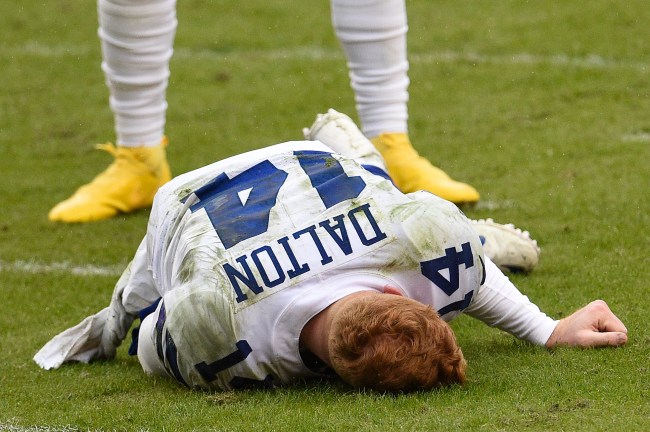 On Sunday afternoon, Bostic was ejected when he delivered a brutal late helmet-to-helmet hit on Dalton.

After the game, McCarthy appeared to call out his players for not sticking up for Dalton and getting in Bostic’s face over the dirty hit.

Mike McCarthy on no Cowboys players getting in Jon Bostic's face after his dirty hit on Andy Dalton: "We speak all the time about playing for one another, protecting one another. It definitely was not the response you would expect."

Days after players (anonymously) call out Mike McCarthy….Mike McCarthy calls out his players. What a mess. https://t.co/uWnHpQohoa

The Cowboys are a mess and doesn’t seem like anyone is on the same page on that team.