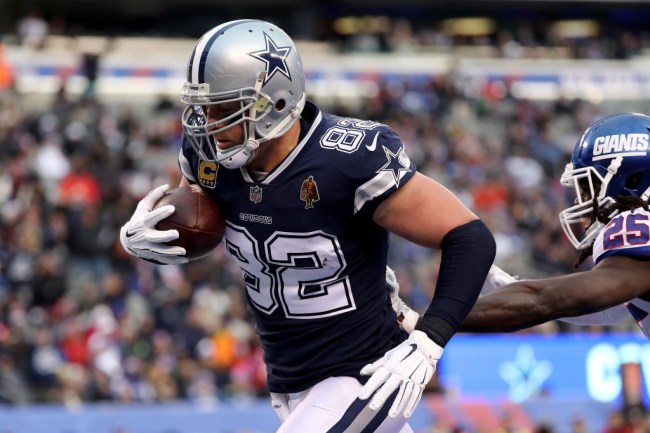 At the end of the NFL season last year, longtime Cowboys tight end Jason Witten assured the team that he was coming back next year to play at least one more season.

As of now, there is no quit in Dallas Cowboys tight end Jason Witten.

“I’m as motivated now as I’ve ever been to play this position at a high level and help my team in all situations as a leader, as a veteran, but most importantly as a tight end and what that position consists of in this offense,” he said, per the Dallas Morning News. “With that, we got to get back to work, evaluate it, strip it down to the most simple form.”

According to ESPN’s Chris Mortensen, Witten has apparently now changed his mind after landing the MNF booth position that became vacant after Jon Gruden took the Raiders coaching job a few months ago.

Jason Witten is planning to retire after 15 years to join ESPN’s new Monday Night Football broadcast team as a lead analyst but will meet today with owner Jerry Jones before making his decision final, per sources.

Unless Jerry can talk Witten from taking the MNF job it appears that his illustrious football career is over.