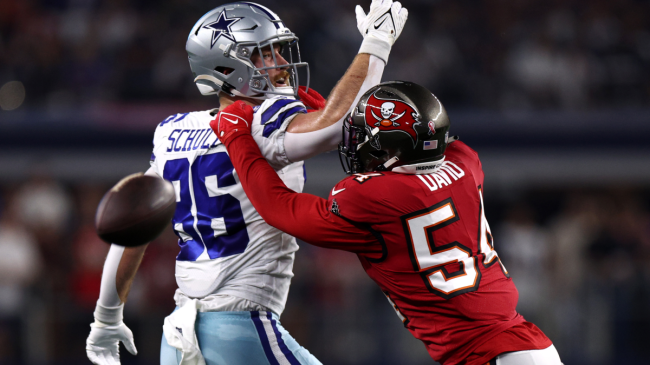 Things happen fast in the NFL. Nothing shows this more than the current state of the Dallas Cowboys.

Dallas entered the 2022 offseason as the odds-on NFC East favorites following a 12-win campaign last year. Most of the notable parts from a top ranked offense returned, giving fans optimism for a potential Super Bowl run.

Then, the season started.

After just one game, the Cowboys have gone from a projected favorite to dead last in the NFC East. Dallas was bullied in the season-opening loss to Tampa Bay, dropping a 19-3 decision.

The offense failed to move the ball. The defense couldn’t contain the run game. And making things worse, starting quarterback Dak Prescott suffered an injury significant enough to keep him out of the lineup for two months.

With the poor showing, compounded by the crucial injury, Dallas now has the worst odds in the division to take home the crown. After just one game, the Cowboys chances of becoming NFC East champs fell from +155 to +500. That puts them behind even Washington and New York, who have newfound hope after Week 1 victories.

Everyone loves to hate the Cowboys, so they couldn’t help but take a free shot after the release of the latest NFC East odds. Take a look.

The Cowboys (+550) now have the worst odds to win the NFC East 😬 pic.twitter.com/iCwAjVnnuD

Their Super Bowl odds didn’t fare much better. Dallas is now considered an extreme longshot at landing the Lombardi trophy.

Anyone who placed those preseason wagers are likely regretting that decision after Week 1.

The season is far from through, and the Week 1 overreactions have already begun. With that being said, things are certainly rocky in the Lone Star State.

Maybe they’ll be able to change the narrative with next week’s performance.