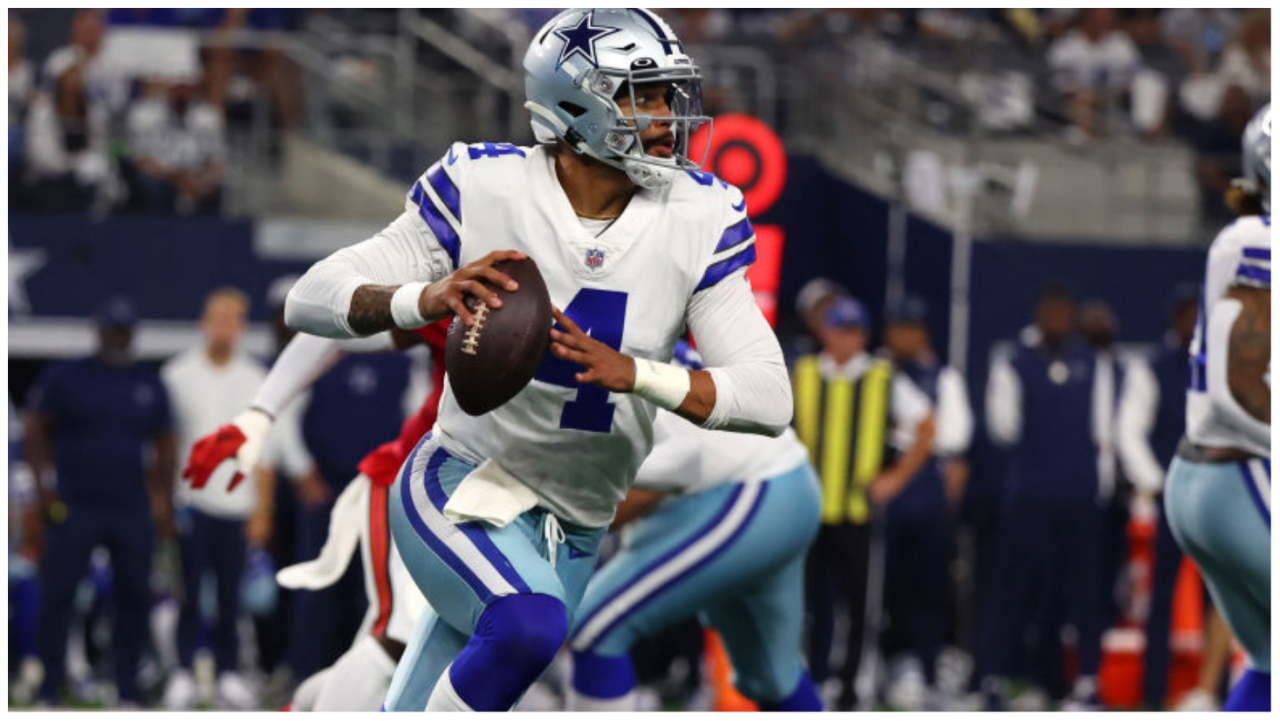 Cowboys QB Dak Prescott suffered a brutal hand injury during the team’s season opener and will be out for a while.

On Sunday, Prescott was forced to leave the game in the fourth quarter after suffering a hand injury.

ESPN reports that Prescott will have surgery on his hand and will likely be out for 6-8 weeks.

Dak Prescott is expected to have surgery Monday on a right thumb injury and miss 6-8 weeks, according to multiple sources. He will meet with the team’s hand specialist on Monday, but sources said he will have a pin and plate inserted to stabilize the joint.

He will likely be placed on injured reserve but will be eligible to return later in the year. If he follows the 6-8 week timeframe, he could return as soon as Oct. 30 vs. Chicago or Nov. 13 at Green Bay following the bye.

Dak spoke about the injury during his postgame press conference.

“It’s very disappointing, but injuries happen, can’t necessarily control it, just unfortunate,” Prescott said. “Obviously going to miss some time, not be there for my team and that’s what hurts more than anything, especially after the start we just put out there. Wanted to be able to respond, and not necessarily having that opportunity for several weeks, yeah it’s unfortunate. But I’ll do what I’ve always done anytime adversity comes, take it on head-first and give my best and I’m sure I’ll come out of this thing better.”

It’ll be interesting to see if the Cowboys pick up a replacement QB while Dak recovers from his injury. Cooper Rush is currently the starter will Dak is out.