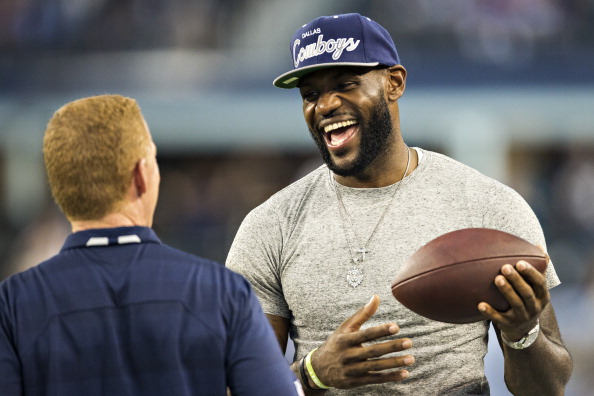 LeBron James has never been shy about his love of the Dallas Cowboys.

Throughout the years LeBron has attended games and hung out with Cowboys owner Jerry Jones.

Thanks to @ClintStoerner for the picture that may best explain America in 2013. pic.twitter.com/GRdgGigbZH

LeBron has also shown his Cowboys pride on social media.

After tonight’s Rams-Cowboys, many Cowboys fans were curious as to why LeBron was spotted in the Rams locker room after they beat the Cowboys in today’s divisional playoff game.

1) Lebron is wearing a purse.
2) He claims he’s a Cowboys fan and is celebrating with the Rams.
WHAT A GUYpic.twitter.com/JEjdoeKEYz

lebron is a cowboys fan but he's spotted in the rams locker room. maybe he knows a thing or two about being a front runner 🤔🤔🤔🤔🤔?

And he claims to be a cowboys fan lebron is trash https://t.co/ZnIJJlYi5D

LeBron James is one of the biggest front runners ever 😂😂😭
Bet you anything if the Cowboys won that game he’d be celebrating in their lockerroom.
Stick to basketball fool.