Help: All Of My Co-Workers’ NFL Teams Are Crappy, And They’re Bumming Me Out :( 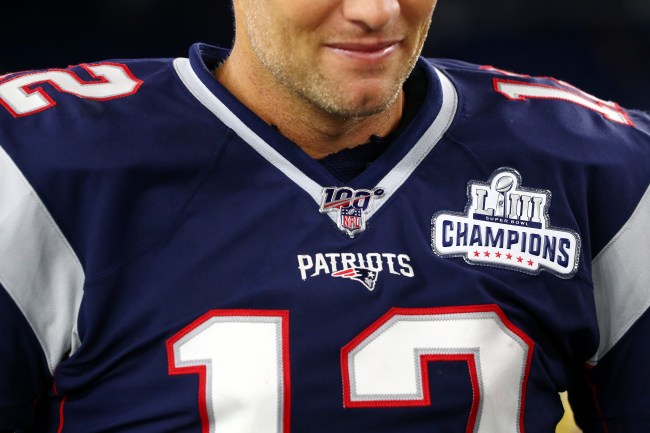 It was difficult to log into the BroBible Slack channel this morning and to the digital cries of my co-worker’s NFL teams.

Cass Anderson is a Bucs fan (who I believe are still a franchise?).

Nick Dimengo is a Browns fan (who got mushroom-stamped by the Titans but whatever because Odell wore that cool watch for the ‘gram).

Jorge Alonso is a Dolphins fan (because he hates joy).

Huge congratulations to Douglas Charles, whose Titans secured a convincing victory! (although he won’t see this as he is currently at the parade).

Eric Italiano is a Jets fan (who blew a 16-point lead to the lose to the Bills and are one loss away from Fireman Ed diving into the burning building).

Brandon Wenerd’s Eagles won (but not before mocking a dead guy).

It’s quite exhausting to always be empathizing. Birthday parties are no fun if you’re the only one swinging at the piñata.

My beloved Patriots gave the Steelers a swirley, ran their undies up a flag pole, and then lowered them to half mast to pay tribute to Ben Roethlisberger’s impending retirement. Rinse and repeat.

Tom Brady’s out here at 62 years old, still without a wrinkle or even a pore for that matter, sexin’ it up on social media and rubbing the Steelers’ noses in their own stinky turds.

Live look at me at the BroBible lunch table this afternoon. 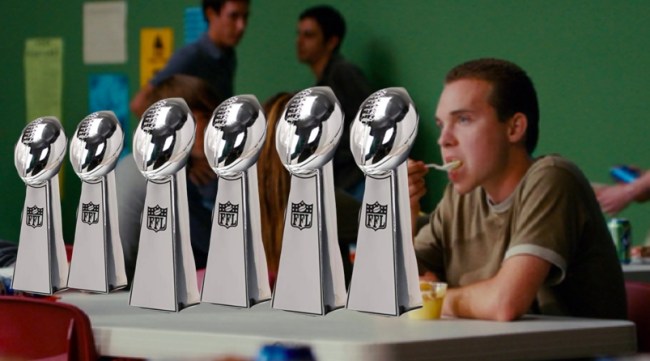 Please pray for me. I can’t spend the next five months as Stephen Fucking Glansberg lugging around these Lombardi’s in my rolly backpack.

**If you or anyone you know are being negatively affected by the shittiness of your NFL teams, you are not alone. Talk to a licensed professional or call Tom Brady a cheater on Twitter to ease your burden.**