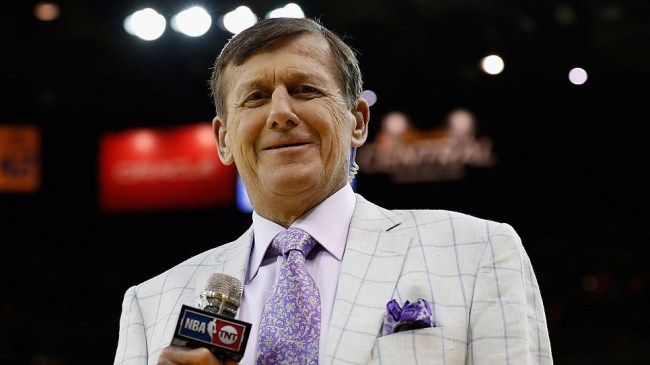 On Wednesday, Craig Sager’s daughter Kacy says that she and her sister Krista and brother Craig Sager II were all excluded from the family estate the day after Craig II completed a complicated medical procedure in an effort to save his father’s life during the spring of 2015.

So apparently the will was revised to exclude my brother the day after he left Houston. Where he'd been for 9 days, having stem cells harvested to donate to our dad. Who lived another 18 months after his 2nd transplant from Craig.

Craig was left w/ all the hospital bills, ps. pic.twitter.com/rzMQO7HSWz

Kacy claims her stepmother Stacy talked their father into changing the will and is trying to keep them away from being a part of their father’s legacy.

She’s greedy,” Kacy Sager wrote … “She didn’t even let us say goodbye to him because she wanted to spend his last day of consciousness alone with him. My brother saved his life & she still tried to poison our father against us.”

“[Craig Sager] left his family for a chick in her 20s, & she spent their whole marriage spending everything he made & driving a wedge between us. And is continuing after his death.”

“The issue isn’t the will. We never cared about the money. It’s that she’s trying to keep us away from everything, including the Sager Strong Foundation & the kids, and is making lawyers and sheriffs do her dirty work instead of picking up a phone.”

Craig Sager Jr. backed up his sister on Twitter.

Taking the timing into consideration is honestly the most unsettling part to me. I spent 9 days in Houston w/ him preparing for a transplant before we found out he needed a miracle to do it. It’s hard enough just imagining him writing it IMMEDIATELY after such sad, god-awful news https://t.co/uoAf3Yjg7k

Craig Sager wrote his son out of his will the day after he spent 9 days in Houston trying to save his life a 2nd time. Craig Sager’s son & his 2 sisters that were also written out never contested it, but have been taken to court so they can never contest it.
Make sense now? Good

Even thought I have a shit ton of respect and admiration for Craig Sager cutting your kid out of your will just days after he tried to save your life is pretty fucked up.