This Insane Photo Of Crowds At The Peak Of Mt. Everest Looks Like A Literal Hell On Earth 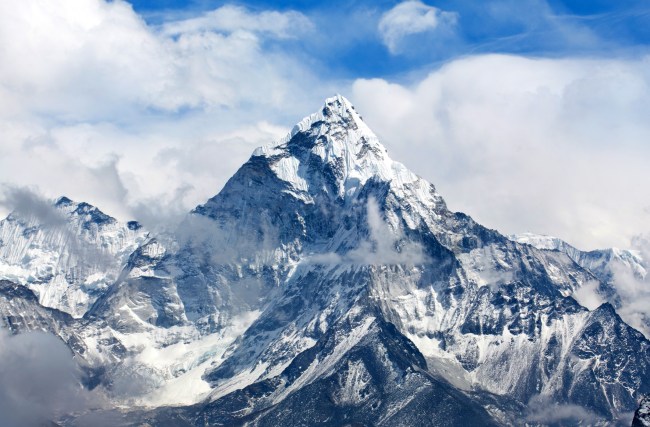 Mt. Everest is the highest mountain peak in the world at 29,029 feet. The first climber to successfully make it to the peak of Mt. Everest did so back in 1953 and since then it has been the ‘Holy Grail’ of extreme climbers, adventurers, and people who have that fire within them that pushes them to the brink of what the human body is capable of achieving.

Everest is the crown jewel of the Himalayan Mountain range in Nepal and it has a very small window of days in which people can successfully climb to the summit because of extreme weather. People die on Mt. Everest every single year due to incredibly harsh conditions so when the weather is right there is a huge burst of expeditions all trying to make it to the peak at the same time.

This can create a bottleneck at the top with tons of expeditioners having to wait their turn while others climb to the peak. American climber Don Cash died this week just hours after reaching the summit of Mt. Everest and it’s quite possible that his death was caused by an extreme traffic jam on the way down that prevented him from potentially life-saving help.

What sort of ‘traffic jam’ on Mt. Everest could’ve impeded a climber from descending for hours? Well, when I saw this photo my first reaction was ‘holy shit that cannot be real!’ except that I was seeing this photograph on an Outside Online article titled ‘This Photo From Everest Is Real’ and it illustrates just how clogged up the mountain is this year with a record number of climbers making it to the summit of Mt. Everest:

Yes. This is a 100% legitimate photo. Naturally, the Internet added a ‘Disney FastPass’ sign and made it into a meme:

Climber Nirmal Purja posted this photo on Facebook early on May 23. It shows a dense line of climbers on their way to the Hillary Step and then the summit. “I summited everest at 5:30 am and lhotse 3:45 pm despite of [sic] the heavy traffic (roughly 320 people),” wrote Purja, who is currently attempting to climb all 14 of the Himalayas’ 8,000-meter peaks in a single season.

The photo was quickly disseminated by other social media users who couldn’t believe what it depicted, with comments like “I can’t believe this photo from Mount Everest 2019 is real, but apparently it is,” and “this looks like a lot of fun and totally normal and not at all fucked.” via Outside Online

It makes sense that there’d be such a traffic jam with the Hillary Step’s diminished size which used to help ease the traffic, and with only a handful of days each year when climbers can reach the peak it brings everyone out at once.

But I still feel like looking at this photograph should be required for anyone thinking about climbing to the top of Mt. Everest because 1) it’s expensive as hell to get up there between booking the travel, gear, and crew and 2) it’s a massive time commitment training for something like this only to get to the top and feel like you’re stuck in line at Universal Studios.

This was the scene last month:

This is the scene of Khumbu icefall on April 19, as several climbers were on their way up high camps for the first rotation. https://t.co/EC4O5w22Vf #Everest2019 pic.twitter.com/OWOxT3bqlF

For more on this story, you can click here to visit Outside Online.