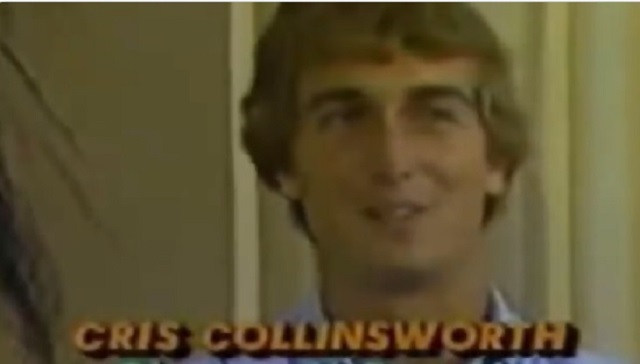 Ben DiNucci isn’t the only one to have the Internet dig up some of his old questionable behavior.

In the video, Collinsworth who was 25-years-old at the time, talks about being single and how he liked girls who aren’t too bright, because “you can trick them a little bit.”

Oh nah, Cris Collinsworth got some explaining to do. pic.twitter.com/jwCPP9ZwuR

I’m not gonna deny it, I walk around with hundred dollar bills hanging out of my pocket…I like girls that aren’t too bright because you can trick ’em a little bit…high school girls love me. Fourteen to eighteen, I’m a big star with them. As soon as they mature, after they turn 18 years old, they start to figure it out.

Back in 2009, several sports websites wrote about the video which led to Collinsworth issuing a public apology at the time.

So Cris Collinsworth addressed that video now floating on Twitter with OG Deadspin in 2009. Here’s the apology he sent.

Case closed. Comments are bad but they’re from nearly 40 years ago and he’s addressed it. We can move on, I think. https://t.co/0Ac6hcrDL6 pic.twitter.com/AOq06emMTU

For whatever reason, several people hadn’t seen the video and it went viral again.

YIKES WHAT IS THIS https://t.co/U4KWA4mJA9

2020 is coming for Collinsworth https://t.co/zam4ZNXkSa

Is there a word beyond yikes for this https://t.co/OSIAzzvpku