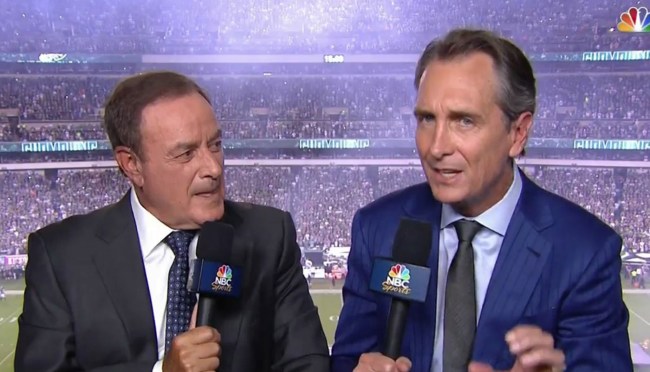 Those of us who have watched Sunday Night Football on NBC on the regular during the NFL season since 2009 are very well-attuned to how the broadcast always begins.

It starts with our evening’s host, play-by-play man Al Michaels, giving us a quick little preview of the contest to come, and then he welcomes into the booth his broadcast partner and color man Cris Collinsworth who proceeds to slide in to the TV screen, sidling up next to Al.

This happens literally every Sunday night for over 250 episodes of Sunday Night Football.

And don’t think for a moment that it has gone unnoticed. No sir. The move has even got its own Twitter account.

Collinsworth Slide-In December 9th Bears v Rams. I legit pitched a tent in my corduroys watching this slide. The speed was there. The beige quarter zip was there. The handling of the mic in his right palm MID SLIDE made me blow a fucking gasket. 9.4/10 pic.twitter.com/iwNV7j6cID

This has been going on for years…

Why does Chris Collinsworth always slide in the opening monologue like that???😂😂

Heck, there are even t-shirts… 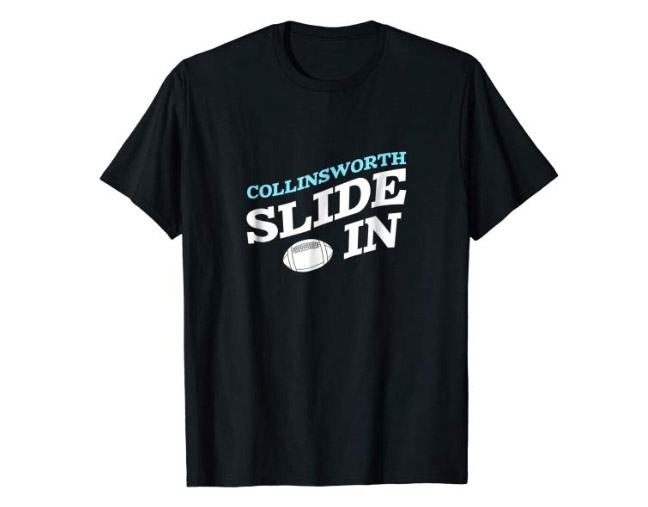 And now it’s become a viral meme, thanks to the complete lack of awareness of one Darren Rovell.

Yes, Darren, we know that video is fake. How could we not when we have seen the real thing happen, as I mentioned, over 250 times.

Darren showing up at the action network with this narc tweet pic.twitter.com/YX6mGCZpVL