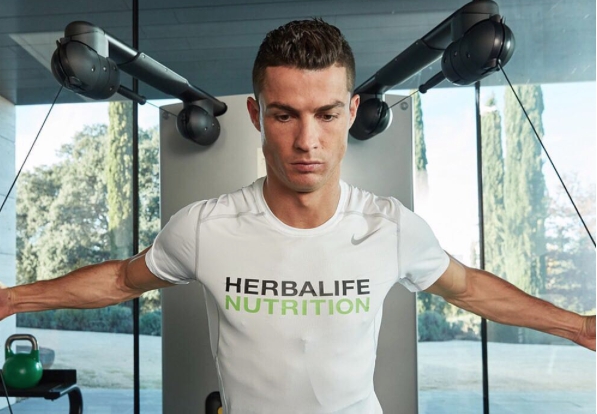 How are you doing today, bro? Having a good start to the summer? Good, good. How’s your wallet doing? It’s probably taking a beating considering every sunny day is another reason to go out for Happy Hour and stay until the drinks become full priced again. Happy hours are just bear traps for alcoholics. Sad.

You know who doesn’t have to worry about spending too much at the bar? Cristiano Ronaldo. The dude is the highest paid athlete on the planet this year–raking in a $58 million salary and $35 million in endorsements, according to Forbes.

If you’re one of the 106 million people who follow the Real Madrid star on Instagram, you’ll notice a plethora of shirtless pics and some shameless brand plus. After a cursory glance, here are just a few:

Thumbs up for nubia Thailand Flagship Store grand opening and good luck on the Thailand Mobile Expo 2017. Friends in Thailand, welcome to check out the new nubia M2 and Z17mini there. @nubiasmartphone

Work smart by maximizing your time in the gym 💪🏼. Stay focused on your goals, and you’ll be prepared for any challenge that comes your way. @herbalife #TrueToYourStory #sponsored

How long do you think it took Ronaldo to produce that last one–8 minutes? Throw on a Herbalife Nutrition shirt and have a buddy snap a photo. Welp, in those 8 minutes, Ronaldo banks an average of $350,000. For one Instagram post. The 32-year-old ranks third on the “Instagram rich list” as the top-earning male in the world, just ahead of reality star Kylie Jenner. He’s paid the same as her, but has more followers. Talk about a gender wage gap AMIRITE?! Speaking of wage gaps, check out the celebrities who make the most money per post. Half the list is made up of Kardashians/Jenners and 8 out of 10 are female–including Selena Gomez, the top-earner in the world, who rakes in over $480,000 per social media post. Kim Kardashian is nipping at her heels with about $436 a post.

The average American will have to work a decade to make what these celebrities make for taking a picture. Shit man, now I’m depressed.