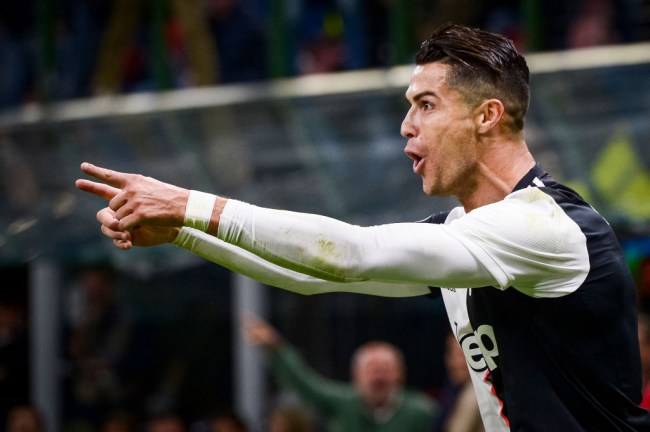 If you’re one of those people that for some reason doesn’t think Cristiano Ronaldo is the most well-known and popular person on the planet, well, this latest report should change your mind on that.

Ronaldo reportedly makes a little over $33 million per year playing for Juventus while on a weekly wage of approximately $637,000. That’s not a bad chunk of change, but that doesn’t compare to what he pulls in from his Instagram

According to a Buzz Bingo study, Ronaldo brings in $47.8 million per year from paid Instagram posts. The report claims he makes $975,000 per paid post.

One of the greatest soccer players of all-time gets paid more money for posting a few photos here and there than scoring goals for one of the biggest clubs on the planet. I guess that’s how you roll when you’re the most followed person on Instagram with over 185 million followers.

Nike Football, Clear Haircare and Six Pad Europe are just a few of the companies he’s worked with via his Instagram.

As for the rest of the top Instagram influencers, nobody comes remotely close to Ronaldo’s bag of cash.

It is worth pointing out that among the elite of Instagram, Ronaldo has the third most disclosed ads with 49. But can you blame the man? It’s not like anyone is going to complain seeing Ronaldo promote something and when you’re getting almost $1 million per post, I’m surprised he’s not doing more of them.