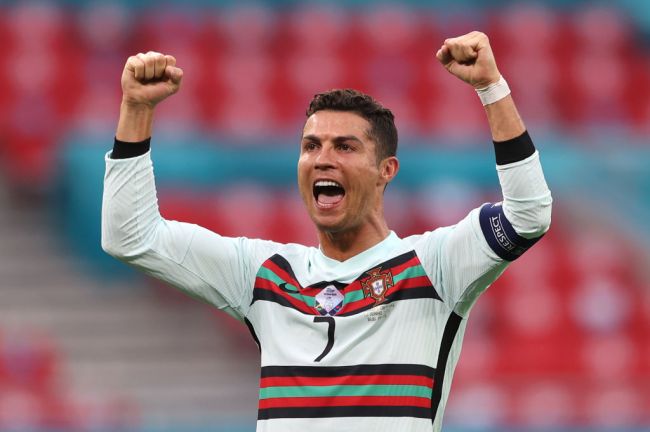 Age is but a number to Cristiano Ronaldo. The 36-year-old Portugal captain received his first cap with the country’s national team in 2003 and he continues to put on a show every time he steps on the pitch. Tuesday’s UEFA European Championships match was no exception.

Portugal faced Hungary to begin its campaign as part of the brutal Group F. Largely considered the ‘Group of Death,’ it also houses title contenders France and Germany. The opening match was held in Budapest, where the tournament’s only full-capacity crowd was in full voice.

Unfortunately for the host country, Hungary and its 61,000 supporters were met by the wrath of Ronaldo.

For more than a moment, it looked like there was a chance. The first half presented opportunities for the visitors but the Sultan of Stepover could not convert on a tremendous cross into the box.

Raphaël Guerreiro opened the scoring and the Navigators were off to the races.

Three minutes later, it was redemption time for No. 7.  Portugal drew a penalty and Ronaldo was clinical with his attempt to go ahead 2-0.

Moments before the final whistle blew, Portugal pieced together a beautiful push into the box. Ronaldo got the ball on the end of a give-and-go, made the keeper look silly and scored his second goal of the day.

Liquid football from Portugal and Ronaldo 😍

The goal itself was art.

The 33-pass Portugal goal from above.

With that being said, the magnitude of Ronado’s brace is the biggest takeaway.

The accolades continue to accumulate for Ronaldo and it’s nearly impossible to deny his status as the Greatest Of All-Time.

For starters, Ronaldo is 36 and remains one of the best players in the world. To put that in comparison, Zinedine Zidane retired at 34, Ronaldinho moved to Flamengo at 32, Kaka retired at 35 and Iniesta moved to Vissel Kobe at 33.

Ronaldo is still playing for top-tier Juventus and consistently contributing on both the club and international level— he is the oldest player to ever score a brace in the history of the EUROs.

In addition, Lionel Messi has long been considered to be the counter-argument to Ronaldo’s GOAT title. BUT— Ronaldo leads the UEFA EUROs in scoring, while Messi doesn’t crack the top-20 in Copa America competition.

Now, one could say that Messi is more important for his country.

The difference between Ronaldo and Messi for their national teams is that Portugal can win an important final in Ronaldo’s absence, but in Messi’s absence, Argentina won’t even qualify for tournaments. Telling difference.

There is only one mark left to break, and it might come as soon as his next match. Entering the tournament, he had scored 104 total goals for Portugal. He now has 106.

That number puts him behind only Iranian striker Ali Daei’s men’s record of 109 international goals scored. Should he get four more before the end of EURO 2020, there is no debate.

Whether you agree or not, he doesn’t care. He just keeps scoring.

Cristiano Ronaldo and his haters. pic.twitter.com/fp4ZRNIVhg