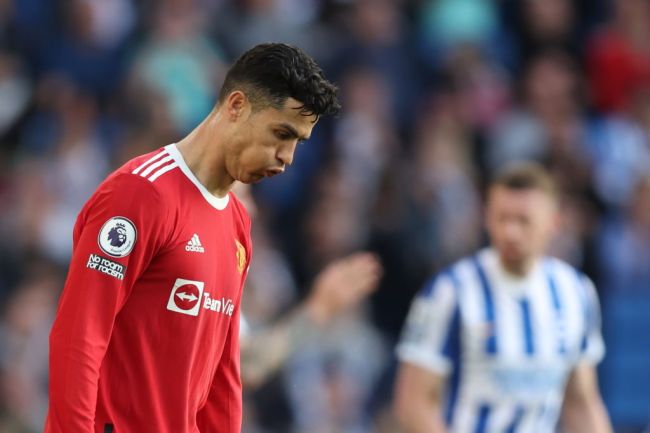 After just one season, it would appear Cristiano Ronaldo’s second stint with Manchester United will already be coming to an end. It was reported today that Ronaldo has requested a transfer from the Premier League club as long as they receive a satisfactory offer.

🔺 EXCLUSIVE: Cristiano Ronaldo has asked to be allowed to leave Manchester United should the Premier League club receive a satisfactory offer in the transfer window https://t.co/yx8POGB5M4

Ronaldo’s season back with United wound up being a major disappointment for the club. United finished 6th in the Premier League, missing out on a Champions League spot for next season. They also exited the Champions League in the round of 16 and fired their manager during the season.

It’s their failure to return to the Champions League that has led to Ronaldo’s request to leave United. He wants to continue competing for Europe’s biggest trophies.

A satisfactory offer shouldn’t too much of an issue. United paid Juventus less than 20 million euros for Ronaldo last season. The bigger issue will be finding a suitable club for him to transfer to.

It’s unlikely that United would send Ronaldo to another Premier League club, which already eliminates 5 teams that would provide him with Champions League football next season. Juventus is probably also not interested and Real Madrid don’t need him coming off of winning the Champions League.

Ronaldo will surely find a club that fits his needs and who will be willing to pay the minimal transfer fee to get him, but it will be interesting to see who exactly that club is.