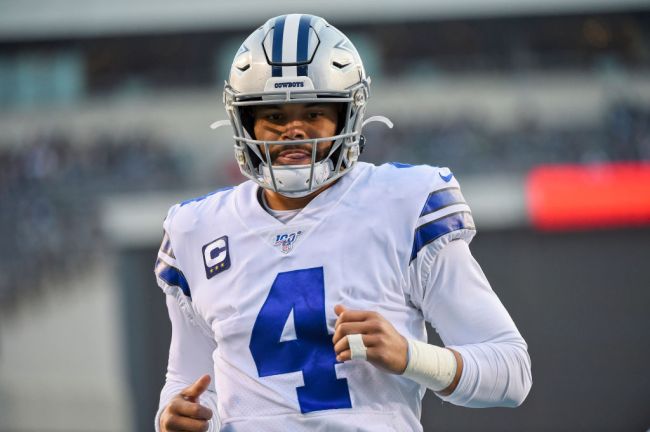 The debut episode of ‘Hard Knocks’ premiered on HBO on Tuesday night giving fans an inside look at the Dallas Cowboys. Dak Prescott will play a huge role in the show, not only because he’s Dallas’ quarterback, but for what all he went through last season.

Prescott revealed that he actually underwent two surgeries after breaking and dislocating his ankle against the New York Giants. With two surgeries comes two new scars, which Prescott showed off during the episode.

“When I had the first surgery, it was an open wound,” Prescott said. “And, they just wanted to go in and do what they needed to do initially. I thought I was going to be able to start rehab and yet I had to go back under the knife.”

Prescott, who seems to be in great spirits, refers to his two new scars as a wishbone, which they do form a similar shape.

The first episode of ‘Hard Knocks’ also gave insight into Prescott’s latest shoulder injury that’s kept him off the field for a stretch of training camp. He also wasn’t available for the team’s first preseason game due to the injury.

Prescott and the Cowboys are looking to have a bounceback season after going 6-10 a year ago. More importantly, Prescott is simply looking to stay healthy for the entire season.