Dale Earnhardt Jr. And His Family Were On Board Plane That Crashed And Caught Fire, Everyone Survived Without Serious Injuries 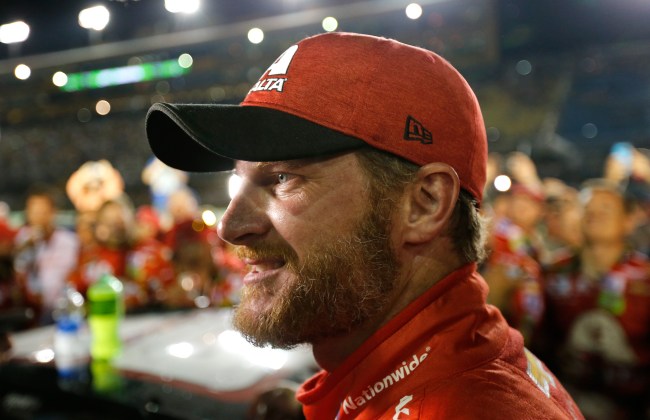 Dale Earnhardt Jr. and his family are ok after their private jet crashed and caught fire this afternoon shortly after taking off.

The Carter County Sheriff’s Office has confirmed that Dale Earnhardt Jr.’s plane crashed at the Elizabethton Municipal Airport. Earnhardt Jr. has been transported to the hospital. The department also says Earnhardt Jr.’s wife Amy Reimann was also on board. The Elizabethton Fire Chief Barry Carrier says everyone survived the crash and none of the injuries were serious.

Thankfully Dale, his wife, and his daughter suffered no significant injuries because footage of the plane wreckage is pretty harrowing.

#BREAKING: Dale Earnhardt Jr. and his wife have been injured in a plane crash at Elizabeth Municipal Airport in Carter County, Tennessee. Their conditions were not immediately known. HERE'S WHAT WE KNOW: https://t.co/608mrxlzEw

BREAKING: New video shows a Cessna in flames after crashing at the end of a runway in Elizabethton, Tennessee, upon landing, with retired NASCAR star Dale Earnhardt Jr., his wife and child escaping without serious injuries; two pilots were also on board. https://t.co/0xoNhzaf6z pic.twitter.com/i2mJyK78Kz

BREAKING NEWS: Dale Earnhardt Jr and his wife were on board a plane that crashed in Tennessee. The Carter Co. Sheriff says everyone on board survived. Video Courtesy Cody Harding pic.twitter.com/MGDILOt1xu

#BREAKING: Dale Earnhardt Jr. and his wife, Amy, were onboard this plane that crashed at Elizabethton Airport (TN) and caught fire.

Fire Dept confirms to @WBTV_News they were taken to hospital for evaluation. Appears no major injuries. (Photo from WJHL live camera) pic.twitter.com/iC62I1Vzox