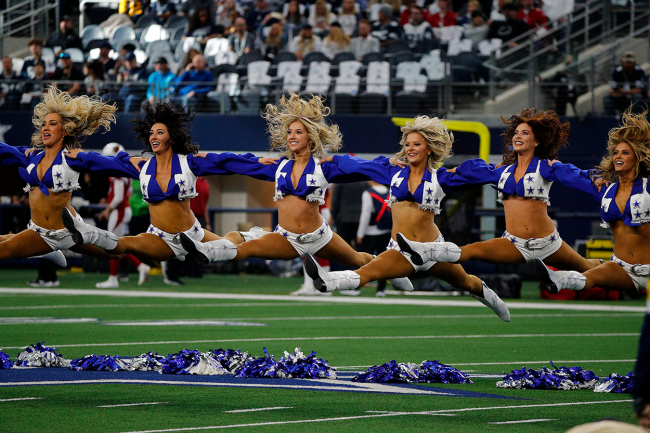 This is the first year in more than a decade that the Dallas Cowboys cheerleaders will not have their own TV show on CMT. That does not mean that the entire production is any less intricate or crucial to the product on the field every Sunday.

To become a Cowboys cheerleader is a very strict, grueling process that comes with a lot of blood, sweat and tears. Once you make the team, the grind does not stop and the girls work hard week-in and week-out to promote their team and put on a show that makes the fans stay in their seats during halftime.

Ever since their creation in 1960s, the Dallas Cowboys cheerleaders have become iconic. From their boots, to their high kicks— there is no other squad in the NFL like them.

Because of their importance to the organization and its brand, they deserve top-of-the-line facilities. And they received a major upgrade earlier this week.

Although there will not be a televised episode of the reveal, the squad’s official account posted an inside look at the unveiling of a new locker room. It has individual vanities for each girl, with plenty of full-sized mirrors and tons of space to get ready before games and rest in between appearances. It looks a lot like the locker room of their NFL counterparts, but more specific for cheerleading rather than football.

As the team got to take their first look at the new locker room, the team’s senior captain went first and she was moved to tears. The rest of the girls, some of whom may not ever get a chance to use the locker room during the regular season, were also overcome with emotion.

Considering how iconic that the DCCs have become, it seems like such an upgrade was long overdue. Their reactions say it all.