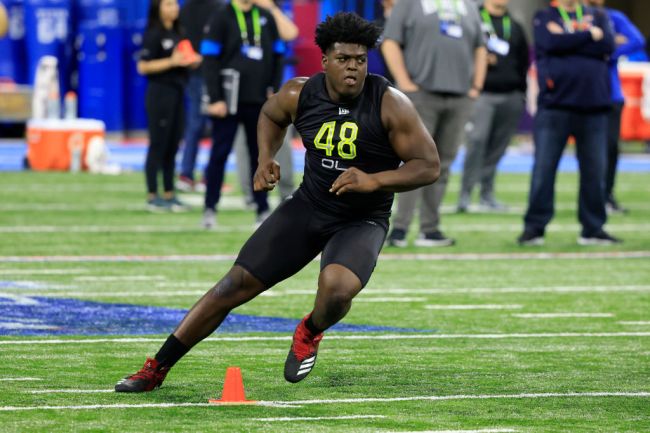 In recent years, one of the biggest strengths of the Dallas Cowboys has been their offensive line. They built their offense around their ability to pound the ball on the ground and keep Dak Prescott protected when they wanted to throw.

Then the Cowboys’ line ran into some issues. La’el Collins missed a few games last season and then was released in the offseason. Conor Williams joined the Miami Dolphins this offseason after starting 14 games for the Cowboys last season. Tyron Smith has only played 13 games between the last two seasons.

Last night, the Cowboys began rebuilding the line that has been such a big part of the franchise. With the 24th pick in the draft, the Cowboys selected Tyler Smith and then held his introductory press conference today. At that press conference, we learned that he already knows how to handle the media as he begins his NFL career.

#Cowboys first-round OT Tyler Smith just dropped a doozy of a quote when asked if he pays attention to what people write about him.

“I stay away from the media. Everybody has an opinion. It’s like buttholes, everybody has one.”

It’s a smart approach to take when dealing with the media, especially when playing for a high-profile team like the Dallas Cowboys. Being a first round pick for the Cowboys essentially guarantees that every moment of his career will be heavily scrutinized, especially with some already questioning the pick.

Hopefully he’ll be able to maintain this outlook and ignore the media as the young prospect continues to develop in his early years with the Cowboys.