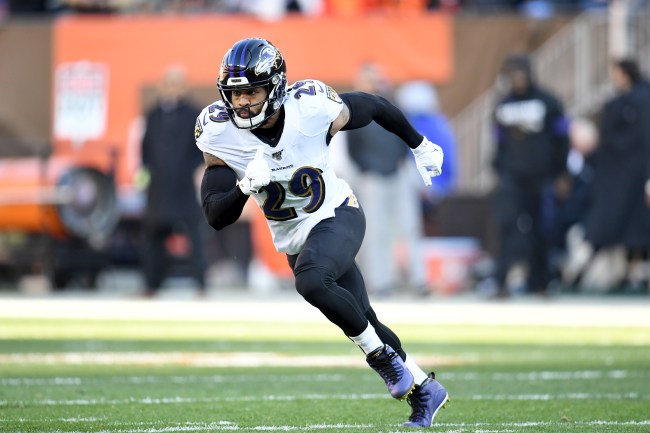 The Ravens loss could be the Cowboys gain.

On Sunday morning, ESPN’s Adam Schefter reported that the Baltimore Ravens were going to part ways with the veteran safety after he punched teammate Chuck Clark during a heated altercation in practice on Friday.

Ravens are moving on from Pro Bowl S Earl Thomas today, sources tell ESPN. They either will release him for conduct detrimental to the team – punching S Chuck Clark – or trade him. Dallas is the leading contender if he’s released, per sources. But his time in Baltimore is over. pic.twitter.com/eJeTuHD1mI

Schefter is now reporting that the Dallas Cowboys are the “leading contender” to pick up Thomas.

Dallas is square in play on Earl Thomas, with one source going as far as to say the Cowboys “would be leading contender.” https://t.co/5cYVKoSutq

NFL.com’s Ian Rapoport confirms the Cowboys would have a real interest in signing Thomas if he gets released by the Ravens.

From Inside Training Camp Live: A firm decision on S Earl Thomas is coming, and a release is likely, sources say. The #Cowboys aren't expected to trade for him, given the money. But when he's released? Expect real interest from Dallas. pic.twitter.com/aj9NcN5s3S

It is worth noting that Thomas has flirted with signing with the Cowboys back in 2017 after he pleaded for the team to come get him while he was still in Seattle.

The Cowboys are a leading contender to add Earl Thomas, per @AdamSchefter. A reminder… pic.twitter.com/JmrkYOytZ8