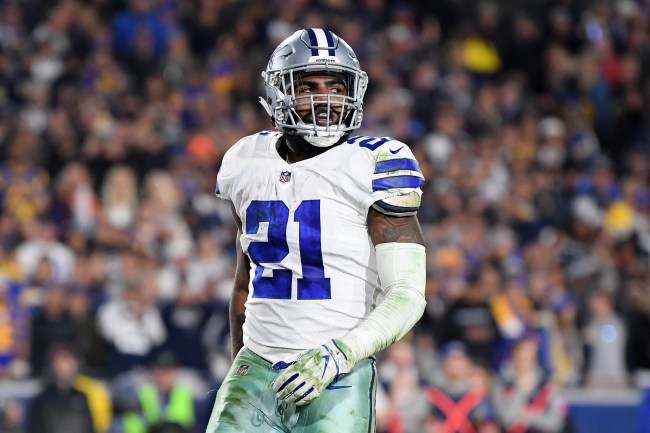 According to Ian Rapoport, none of the players were at their team facilities when they were possibly infected.

Several #Cowboys players & several #Texans players have tested positive for COVID-19 recently, sources tell me & @TomPelissero. None of the players are believed to have been in their team facilities. The teams followed proper health protocols.

Cowboys star running back Ezekiel Elliott has been confirmed to be one of the players who tested positive.

Per source, Cowboys running back Ezekiel Elliott was tested for Covid-19 last week and came back positive. Source confirms positive test for Elliott.

Ezekiel Elliott is one of "several" Cowboys players to test positive for COVID-19, per @RapSheet pic.twitter.com/Jraw8TIJkg

According to TMZ, Elliott is doing well now after not “feeling great” initially.

We’re told Zeke got the positive test results within the past week — and though there was one day he wasn’t feeling great, he’s doing very well now.

The Cowboys released a brief message stating they would not release the names of other players infected.

From the #Cowboys: “Due to federal and local privacy laws, we are unable to provide information regarding the personal health of any of our employees.” https://t.co/856iWo3sxF

Per a league source, two Cowboys and two Texans have tested positive. That’s four in all.

The number, of course, could increase. According to the source, one of the Texans players attended George Floyd’s funeral last week — along with a sizable delegation from the organization.