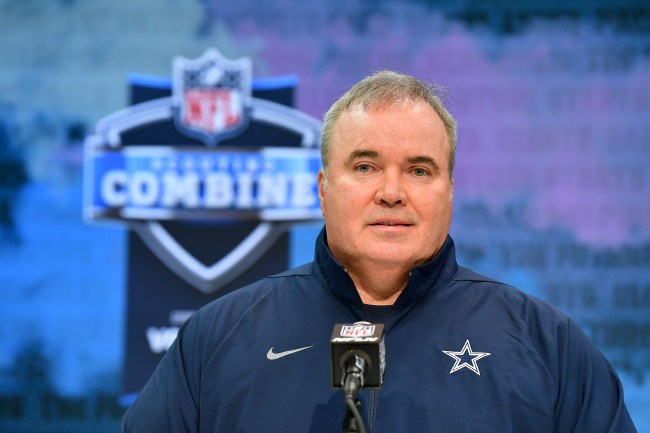 Cowboys head coach Mike McCarthy claims he got into analytics during his year off from coaching but he might still need a little help in that department.

According to a report from NFL Network’s Kim Jones, McCarthy was telling his team that the “research” shows that winning 4 out of 6 division games gives them a good chance at winning the division.

Fans thought it was hilarious that McCarthy needed expert research to come to the conclusion that having a winning record against divisional opponents gives his team a better chance at winning the division.

This is hilarious every NFL team plays 6 divisional games, of course winning 4 of them gives you a big advantage to win the division https://t.co/mle28XznpO

Man who would have thought if you win 2/3 of your division games youre more likely to win said division. https://t.co/FQoP3PmzUW

Ah yes research. If you win more games you are likely to win the division. Truly groundbreaking https://t.co/LHfsSCof6z

Yes, if you have a 66.7% winning percentage against your division, you have a better chance of making the playoffs.

Congratulations Mike McCarthy, you made it through 1st grade, which means you are definitely qualified to be the HC of the Cowboys! https://t.co/VrScI3mNvM

I imagine these were the types of groundbreaking insights McCarthy used to blow away Jerry Jones during his interview. https://t.co/1JU5f5UV51

I honestly think I could do Mike McCarthy’s job https://t.co/eP1WTT5uxy

you have to score more points than the other team to win, and you have to win a lot of games to go to the playoffs. it's science. https://t.co/uGtmPeVzr2

Wait…ur telling me more wins in your division gives you a better chance at winning the division!? Who Knew! https://t.co/2GgKh1YnVN

And in my research, I’ve found, that once I hit 4 beers… all the other ones start to taste a lot better https://t.co/VafL9Zxh2M

Mike McCarthy: “When it rains, I get wet.” https://t.co/Ymrcl7ljWT