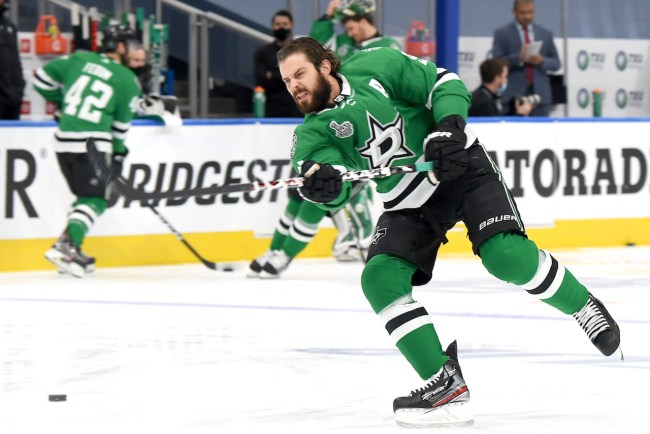 Engaged to a Canadian, I’ve become more in touch with what’s going on in the NHL these days. After all, during my trip to visit her a couple of months ago, her dad — a former pro hockey player — literally had me turn off the NBA Playoffs so he could watch the Stanley Cup Finals between the Dallas Stars and Tampa Bay Lightning, blatantly telling me, “sorry, Nick, we’ve got rules in this house.”

Now that I know the letter of the law, it’s official: I’ve become a bigger hockey fan than I was two years ago.

That said, the NHL has always been a little too traditional for me. Like, what makes me want to regularly watch hockey — other than a future father in-law who once played in the league? There isn’t a ton of scoring, the biggest names in the sport pale in comparison to superstars in other pro leagues, and it still seems like the league operates as if it’s the 1960s.

But the Dallas Stars may have just changed that this week, guys, because the team unveiled some incredible new “Blackout” jerseys that may singlehandedly prove that the NHL does, in fact, have a little bit of flair to it. Just check these S.O.B’s out and see why hockey just got a little bit more fun.

Who the hell ever thought that an NHL team would have a highlighter-like green trim that absolutely looks electric AF? Go ahead and make all the jokes you want to about these sweaters resembling Monster Energy drinks, guys, because I’ll just scoff at you haters and tell you how much I don’t care. They’re glorious, and you can’t convince me otherwise.

So where did the inspiration for these new Dallas Stars blackout jerseys come from? Here’s what the team’s official website says about some of the details.

You might see a highlighter-like jersey that resembles a Monster Energy drink, but I see insane details that more NHL teams should probably mimic. These Dallas Stars blackout jerseys make hockey fun again, so solid work by the team for taking a chance on doing something a little bit different than the norm.