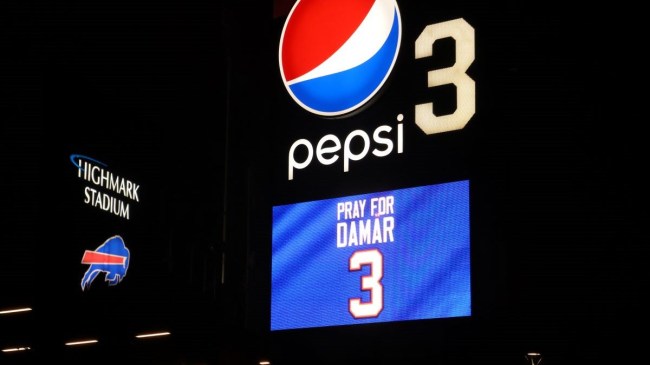 The entire sports world seemingly came to a halt on Monday when Buffalo Bills safety Damar Hamlin collapsed after a collision with the Bengals’ Tee Higgins. It was one of the scariest televised sports moments in history.

Hamlin was unresponsive on the field and had to be resuscitated both on the field and later on at the hospital. But, due to swift action from those at Paycor Stadium in Cincinnati, and expert medical care at the University of Cincinnati Medical Center, Hamlin survived.

The Pitt product woke up on Thursday and instantly asked who had won the game between the Bills and the Bengals. Doctors responded by telling him he had won the game of life. The game itself was canceled, complicating the playoff picture.

Hamlin has inspired a nation, and his fundraiser to buy toys for needy children has gone viral, raising millions. On Friday, he spoke to his teammates in Buffalo in what had to be an uplifting experience for the team.

Sean McDermott on what Damar Hamlin said and did over FaceTime with the Bills this morning. pic.twitter.com/5cOd7fHI7K

And, on Saturday, he released his first public statement since the horrific incident.

Putting love into the world comes back 3xs as much… thankful for everyone who has reached out and prayed. This will make me stronger on the road to recovery, keep praying for me! 🫶🏾3️⃣

When you put real love out into the world it comes back to you 3x’s as much.. 🫶🏾🫶🏾🫶🏾 The Love has been overwhelming, but I’m thankful for every single person that prayed for me and reached out. We brung the world back together behind this. If you know me you know this only gone make me stronger. On a long road keep praying for me! 🫶🏾❤️3️⃣ #3strong

The league will honor Hamlin this weekend, as teams will be allowed to paint the number 3 on the 30-yard-lines in Buffalo colors. The Bills will also wear patches with the number 3 on it when they take on the Patriots Sunday.

Hamlin remains in the ICU.