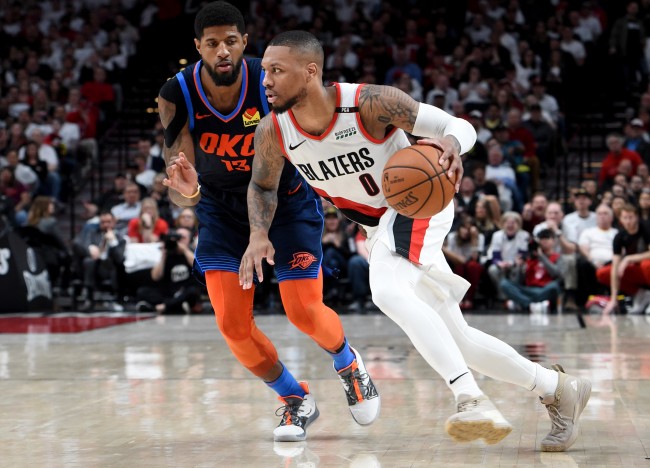 There is some NBA bubble beef brewing between Damian Lillard and the LA Clippers.

On Saturday afternoon Lillard missed a pair of crucial free throws at the end of the fourth quarter that cost his team the game against the Clippers.

This led to Lillard firing shots at Paul George and Beverley during his post-game media availaibility.

Blazers’ Damian Lillard on Clippers’ celebrating & waving him off court after clutch FT misses: “Patrick Beverley, I sent him home before. Paul George just got sent home by me last year… I’m not offended by it. It should tell you how much it hurt them.” pic.twitter.com/mPFjnACHMi

George saw Lillard’s comments and had a snarky remark.

And Lillard fired back.