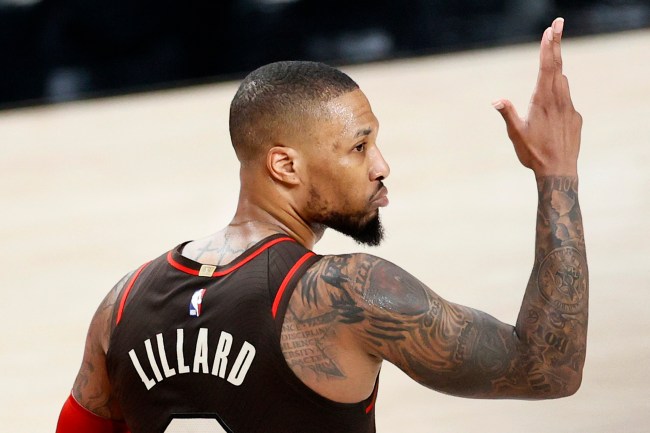 It appears that the intense backlash over the team’s latest coaching hire may drive Damian Lillard out of Portland.

On Friday, the team announced they hired former Pistons guard Chauncey Billups as the next head coach of the team.

Chauncey Billups will become the next Blazers head coach. pic.twitter.com/t17MVToj9C

Fans were angry with the Billups hire due to the fact that he was once accused of sexual assault in 1997 in a case that was settled out of court.

The backlash over the Billups’ hiring forced Lillard to respond to angry fans on Twitter.

Really? I was asked what coaches I like of the names I “heard” and I named them. Sorry I wasn’t aware of their history I didn’t read the news when I was 7/8yrs old. I don’t support Those things … but if this the route y’all wana come at me… say less https://t.co/N1GPkX3Ohd

A day after Lillard’s tweet Yahoo Sports’ Chris Haynes is reporting that Lillard may want out of Portland due to the hiring of Chauncey Billups and the team’s inability to field a contender next season.

The backlash from Portland Trail Blazers’ coaching search and his concerns over whether a championship contender can be built have become major factors that could force Damian Lillard to request out, league sources tell @YahooSports. https://t.co/syN8upvWPx

The enormous backlash from the Portland Trail Blazers’ process to hire a new coach and his concerns on whether a championship contender can be built have become factors that may push the franchise player — Damian Lillard — out the door, league sources told Yahoo Sports.

Lillard has remained loyal to Portland in large part due to the tremendous fan base. But over the last few days, he’s seen some of those same fans attacking him on social media for a pending coaching hire he played no part in consummating, sources said.

The team is set to announce Billups as their new head coach on Tuesday as they finish up contract negotiations unless they have a last minute change of heart.