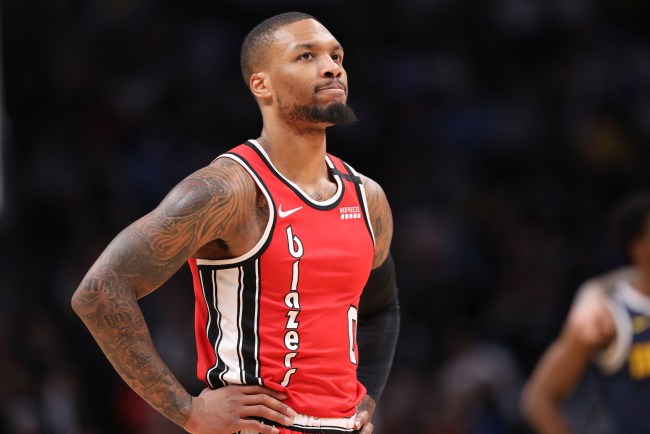 Damian Lillard is not happy with NBA refs right now and he’s probably going to get fined for criticizing them but he doesn’t care.

During Friday night’s Jazz-Blazers game, refs missed an obvious goaltending call that would have tied the game with about 11 seconds left to go.

The goaltending on Damian Lillard's shot is crystal clear! 🤯 pic.twitter.com/dQgjf7bDnf

The Blazers went on to lose the game and Lillard was furious over the non-call.

Dame was justifiably angry about the no-call.

I’ve known @Dame_Lillard since his predraft workout in Portland. I have never, EVER, seen him as mad as he was in the postgame locker room. Pure, uncut anger.

After the game officials admitted that they missed the call but Dame wasn’t having it.

Lillard has every right to be angry because the Blazers got absolutely screwed. O