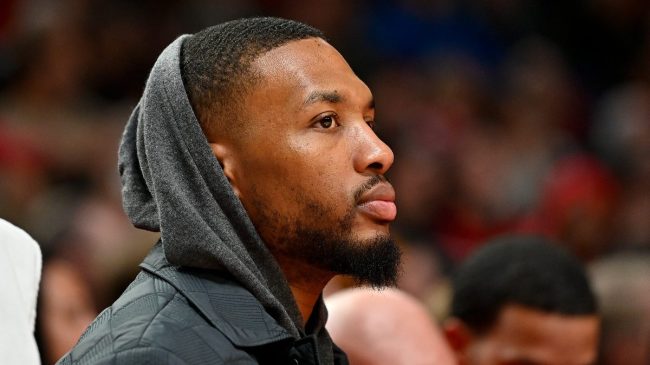 The Las Vegas Raiders took another brutal loss on the season. They led most of the game against the Jacksonville Jaguars but failed to finish in the end. The loss was so bad, that known Raiders fan Damian Lillard couldn’t help but ponder the future of Davante Adams, Darren Waller, and Maxx Crosby.

The Portland Trail Blazers point guard took to social media soon after the game concluded. He’s clearly not happy with the way the season is going. So much so, Damian Lillard claims he “wouldn’t be mad” if Davante Adams, Darren Waller, and Maxx Crosby left in the offseason.

If Crosby, Tae, and Waller get tf out of Vegas I wouldn’t be mad at em.. this bad

That might be a tad dramatic. However, things aren’t looking great in Las Vegas. This is the third loss the Raiders have suffered after giving up a 17+ point lead, per NFL on CBS.

It’s not a great look. Especially for Josh McDaniels who is obviously struggling in his second head coaching stint. Maybe the franchise can turn it around, but after a loss like this to the Jaguars, it’s hard to imagine they bounce back on track.

For that reason, Damian Lillard’s concerns are more than valid. It’ll be interesting to see what the Raiders do in the offseason. If the season keeps going the way it’s currently projected we could see some major changes in Las Vegas.