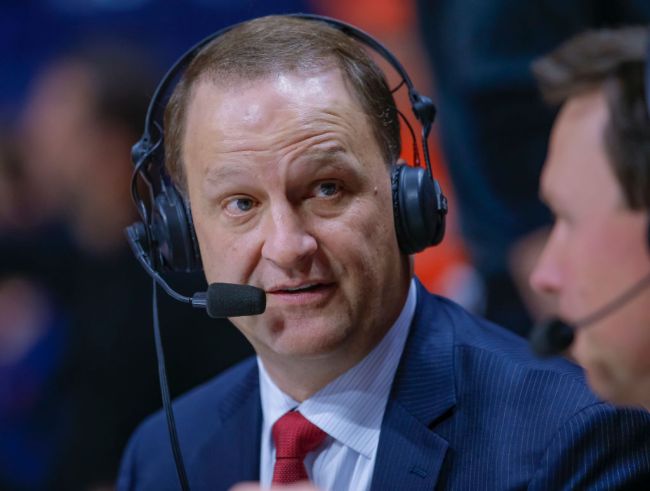 Dan Dakich, like millions of other people, lost money betting on the NCAA Tournament earlier this year, but instead of trying to gamble his way out of the hole he dug himself he went out and got a food delivery job.

The former Indiana head basketball coach turned ESPN broadcaster has been delivering food through DoorDash for a few months and got the idea to do so from his stepson who was earning $25 per hour working for Grubhub.

Dakich told BarrettSportsMedia.com that he woke up early one morning and told his wife that he had to go out and make back the money he lost.

“I come from iron and steelworkers, teachers, and I lost sight of the value of a dollar,” Dakich said. “I woke up at 5:30 in the morning and I told my wife I had to make it up. Seriously, I went to the hardware store about a mile from my house and applied for a job, because I wanted to make the money back. I owe my family and I lost the value of a dollar.”

“My wife called me an idiot and said I didn’t have to do it but I wanted to because I’ve preached the value of a dollar to so many people.”

Dakich, who hosts his own radio show in Indianapolis, has been in the middle of some controversy this year after being accused of misogynistic actions after a Twitter dispute with three college professors about the compensation for student athletes, but I think we can all tip our caps for Dakich going out and earning the money he cost his family.

The man is very clearly owning up for his losses and putting his broadcaster ego aside delivering food through a delivery service and is doing so four to five times a week.

Those in Indianapolis ordering delivery, keep an eye out for Dakich.