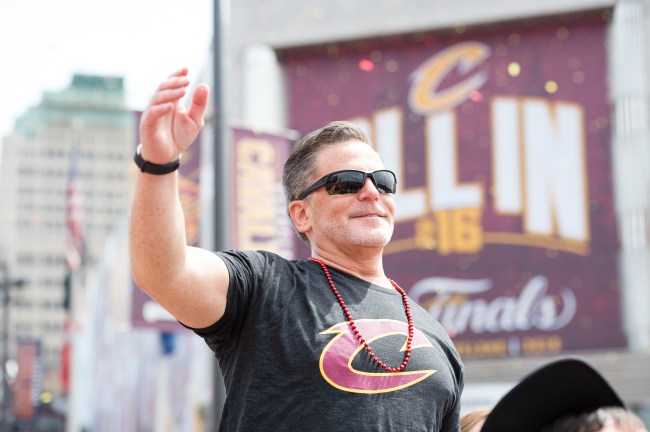 Cavaliers owner Dan Gilbert is tempting fate. Gilbert,  the chairman and founder of Detroit-based Quicken Loans, had an angel looking over him in 2010 when LeBron returned to Cleveland after Gilbert’s scathingly petty letter in the wake of The Decision. He appeared to piss of LeBron even more when he let go of general manager David Griffin just days before the NBA Draft.

Now, he’s unintentionally starting beef with Cavs fans by reopening the wounds of the NBA Finals, when Cleveland barely avoided a sweep just one month ago. After the Cavs’ summer league team beat the Warriors yesterday, Gilbert thought it was a good idea to make a wise crack.

It was not received well.

Maybe if the franchise had stability in the front office, this would be funny. It doesn't, so it's not

don't embarrass us any further plz

Damnit Dan, you just had to make it worse pic.twitter.com/d4AKUjyBxH

Give it a few months, Danny. And remember, LeBron can become a free agent after the 2017-18 season.