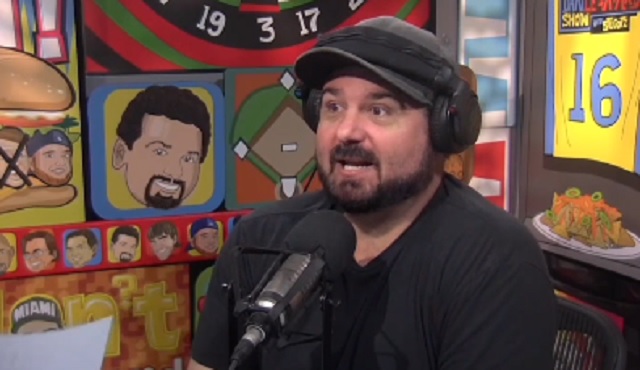 It’s always great when personalities from the big boy sports networks take shots at one another and Dan Le Batard may have just taken the shot of all shots in exposing Colin Cowherd’s incredible ability to incorrectly pick NFL games.

To paint the picture here, Cowherd went 0-5 against the spread in his ‘Blazin’ 5′ picks during Week 17. The FS1 host then picked all of the Wild Card games just straight up and ended up taking the Patriots, Bills, Eagles and Saints. Those were all losers that put the losing streak to nine straight losses. He made it 10 straight losses this past weekend when he decided to take the Ravens over the Titans.

Oh, and he also picked Clemson to take down LSU in the national title game.

So, Le Batard and his squad decided to put together a ’30 for 30’ style video highlighting all of Cowherd’s misfortunes in the NFL picks department over the past couple of weeks.

“What if I told you, for one shining moment, there was something at Fox Sports, somehow worse, than Skip Bayless and Jason Whitlock.” Shots fired from Stu Gotz.

What if I told you… that lightning CAN strike twice? 30 for 30 presents… @Stugotz790 & @ColinCowherd – A Mush Made in Heaven.
– Lorenzo pic.twitter.com/k6pUpPcTL2

Hats off to Le Batard and company putting this together and airing it. I’m going to go ahead and guess that the higher-ups at ESPN probably didn’t know much about this, which actually makes it that much better.

Le Batard and Gotz are so great together because they always keep it real and walk along that line with getting under people’s skin and calling out people that are just flat-out wrong. Cowherd has been wrong for weeks on end with his picks so the boys at ESPN had to call him out for it.