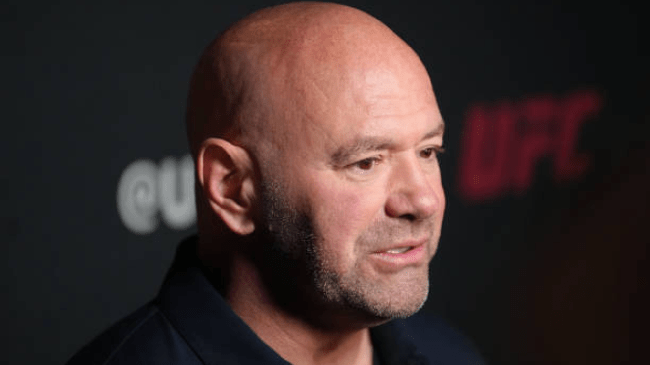 Fight fans are still nearly 2 full days away from the first punches being thrown at UFC 279, but the event has already made history for the organization. Unfortunately, it isn’t the good kind.

The UFC 279 press conference was supposed to take place today to give the media a chance to speak with the fighters featured on the pay-per-view card. Before the event could begin, Dana White announced that for the first time in UFC history, the press conference would be cancelled.

Dana White was forced to cancel a fight week press conference for the first time in UFC history 👀 #UFC279 pic.twitter.com/IQdqgKo7ul

According to MMA insider Ariel Helwani, the incident that caused the cancellation involved Khamzat Chimaev, who is fighting Nate Diaz in the UFC 279 main event, and Kevin Holland, who is fighting Daniel Rodriguez further down the card.

Early word is Khamzat Chimaev and Kevin Holland initially got into it and the whole situation got out of hand. Then situation spilled over to Nate’s team. Lots of chaos. More coming in. Developing,

Total chaos, I’m told. Not enough security. Fighters too close. Could have been much worse but it got out of hand quick between multiple camps.

Helwani also added that punches, kicks, and objects were thrown during the incident.

Punches and kicks were thrown, I’m told. As were objects.

Holland has already taken to Twitter to chime in on the incident.

Just so everyone knows. I offered that clown a free beard trim. I don’t know anywhere in the US that would offer that service free! I am precise I promise I would not knick him. At your service just like the hotel staff bro. https://t.co/Hiwwm40fg7

This is already shaping up to be an eventful weekend for the UFC.