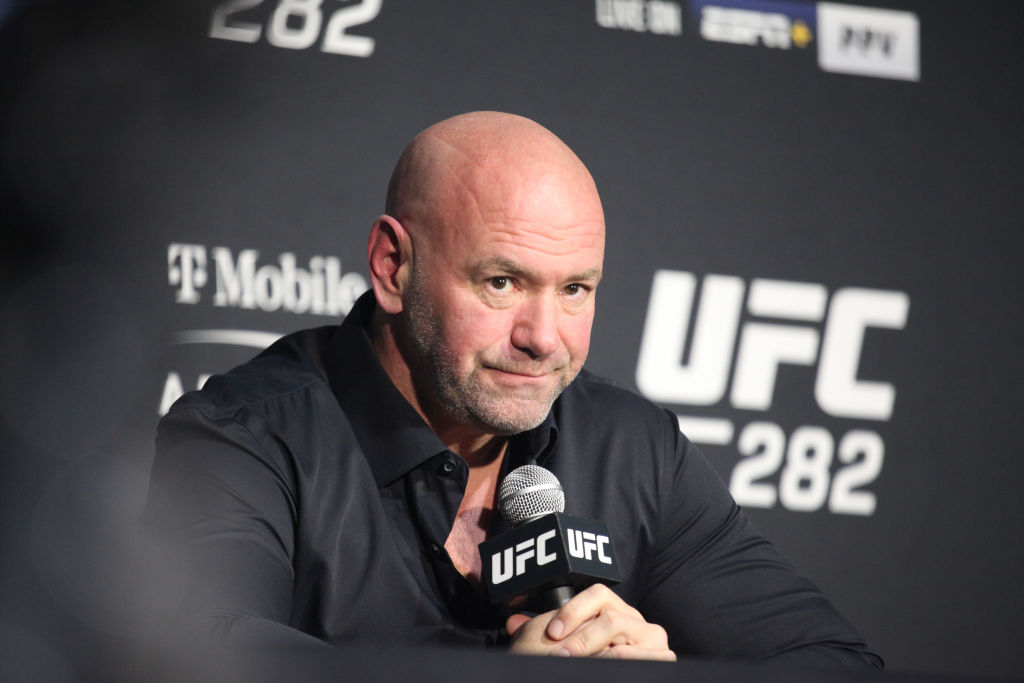 Dana White faced the media for the first time after his infamous slap video went viral.

A few days after New Year’s, TMZ released a video of White and his wife exchanging slaps at a nightclub in Cabo.

During media day for UFC Fight Night 217, White spoke to the media and took questions because he didn’t want to have his fighters address it.

White opened the presser by saying he didn’t want people to defend him over the slap.

“The people that are defending me.. There’s never an excuse. There’s no defense for this, and people should not be defending me no matter what. All the criticism I’ve received is 100% warranted.”

White doesn’t think there are any punishments the UFC or Disney could give him that would hurt him.

‘What should the repercussions be? I take 30 days off? How does that hurt me?…Me leaving hurts the company, hurts my employees, hurts the fighters, it doesn’t hurt me.”

Dana White: "We've had plenty of discussions internally. With Ari [Emanuel], ESPN. Nobody is happy about this. Neither am I. But it happened and I have to deal with it. What is my punishment? Here is my punishment: I gotta walk around… and this is how I'm labelled" pic.twitter.com/YLuXPzL6Vu

The UFC president was then asked about his own quote about not being able to bounce back after laying your hands on a woman.