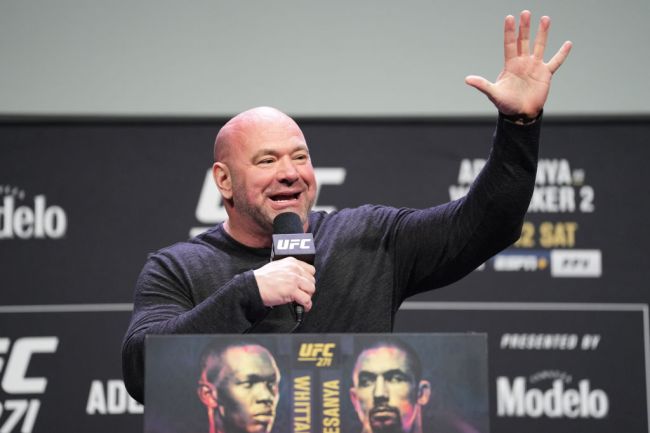 Last month, Colby Covington and Jorge Masvidal were given the chance to settle their feud inside the Octagon. Covington won that fight in a dominant unanimous decision, but that didn’t quite end the beef.

Instead, a couple of weeks ago, Masvidal ambushed Covington at a steakhouse, landing a couple of punches. Covington called the cops and pressed charges, leading many around the MMA world to chime in on the incident.

“First of all, in no way shape or form do I ever condone violence and my guys fighting each other in the streets or sh*t like that. On the flip side, when you’re dealing with a guy like Jorge Masvidal and you start talking about his family, all these fighters listen, say what you want to say about me, you hate me, you think I’m ugly, you think I’m stupid – whatever my thing is. When you start talking about people’s families, it goes to a whole other level, man.”

“… You’ve got to understand these guys were actually friends and training partners, so they know intimate details about each other, about each other’s lives, about each other’s families. There is something that’s called f*cking man code. A lot of these young, goofy f*cking dudes these days don’t know about it – but they need to learn about it.”

At the end of the day, the reality here is that this should have been done after they met in he cage. Jorge Masvidal had 25 minutes to put his hands on Colby Covington. Instead, he was thoroughly outclassed by Convington for the duration of the fight, being beaten both on the ground and on the feet.

He hadn’t even bothered to call for a rematch to get a chance to shut Covington up once and for all. Instead, he decided to ambush him leaving a restaurant because he know all too well that if they ever ran it back in the cage, the result would be exactly the same.

Whatever Dana White seems to believe about “man code”, I’m pretty sure that code doesn’t include anything about sucker punching a guy who just destroyed you in a fight.

Wherever this feud goes from here, hopefully it doesn’t lead to another fight between Covington and Masvidal because nobody needs to see that again.