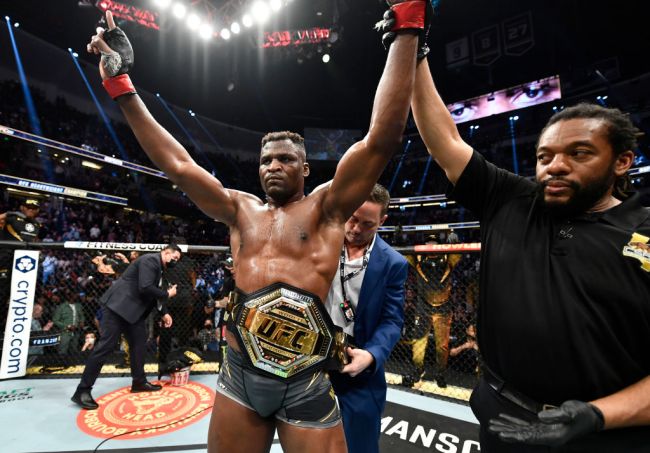 Francis Ngannou defended his UFC championship at UFC 270 but UFC President Dana White was nowhere in sight after the match.

On Saturday night, Ngannou defeated Ciryl Gane via unanimous decision and UFC matchmaker Mick Maynard was the person who put the belt on him, not White.

Dana White mysteriously not on hand to put the belt around Francis Ngannou's waist #UFC270 pic.twitter.com/XJ7RKlvwQ7

It is worth noting that White had previously handed the belt to Deiveson Figueiredo right before the Ngannou-Gane fight.

DEIVESON FIGUEIREDO GETS HIS BELT BACK 🏆🇧🇷 #UFC270 pic.twitter.com/4SQMT9CSSt

Before tonight’s UFC 270, Ngannou, whose contract with the UFC expires later this year, had been vocal about wanting more money and having the option to box against Tyson Fury or Deontay Wilder.

Rogan asks Ngannou if he has boxing in his future.#UFC270 pic.twitter.com/7WWVJZhTn7