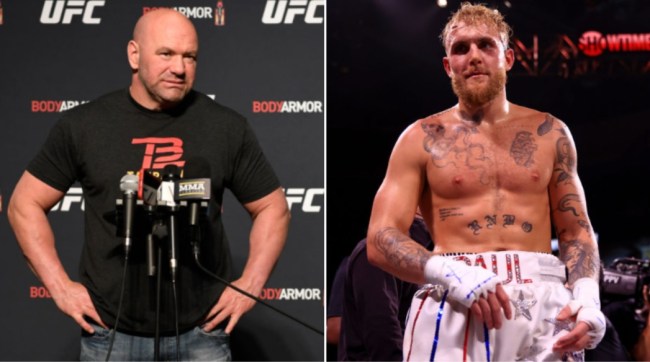 Dana White is once again firing back at Jake Paul, but this time he has a unique challenge for the Youtube star-turned boxer.

While speaking with Graham Bensinger two weeks ago, Paul accused the UFC president of having a “cocaine issue” while explaining his Halloween costume in which he dressed up as a coked-out White “with his hookers.”

“Yeah, with the coke smeared across my face and the coke bag with ‘UFC – Unlimited Free Cocaine’ because everyone knows about Dana’s coke issue and all the hookers and s**t.”

Happy Halloween from Dana White and his hookers👻🎃 pic.twitter.com/ndzsPPpLdD

During an appearance on Teddy Atlas’s ‘The Fight’ podcast, White issued a bizarre challenge to Paul to prove that he’s not a “coke head.”