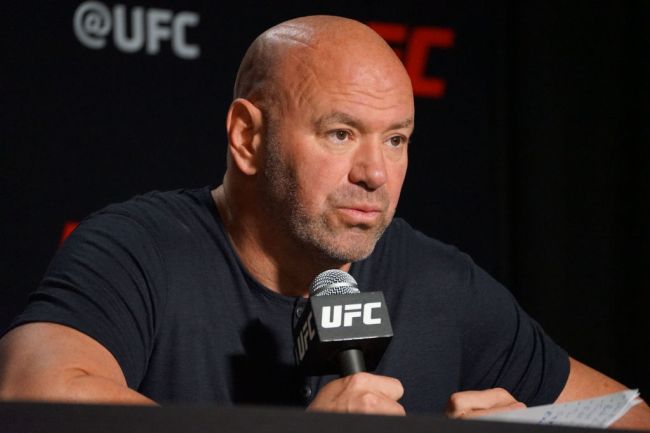 Despite years of scrutiny from fans and media and a few failed attempts at a union, fighter pay in the UFC remains a major issue.

It became an especially relevant topic recently when Dana White gave $250K to one of the Nelk Boys for his birthday, which is more than the vast majority of his fighters would make for actually competing in the UFC.

Yesterday, White answered the internet’s questions for a video for GQ and he once again claimed that fighter pay is right where it needs to be in the UFC.

It’s never gonna happen while I’m here. Believe me, these guys get paid what they’re supposed to get paid. They eat what they kill. They get a percentage of the pay-per-view buys, and money is spread out amongst all the fighters. If you don’t like it, there’s a simple solution to this problem. Go start your own MMA organization, no barrier to entry.

There’s plenty wrong with this sentiment from White, but most importantly, most of the UFC’s roster doesn’t actually eat what it kills. There are the select few who collect large paychecks every time they fight, but it usually takes quite some time to reach that point.

The percentage of PPV buys that White mentions is also reserved for the UFC’s champions. There are 11 champions in the UFC.

Outside of this portion of the UFC’s roster, everybody else takes a small chunk of the UFC’s profits while having their sponsorship opportunities limited by the UFC’s apparel deals and they are forced to pay for their own training.

Fighters also essentially have no guaranteed money in their contracts as they can be cut at any time, they can have a fight fall apart due to their own injuries or an opponent’s injury, and the UFC controls when they fight.

With the pay issues fighters are dealing with and comments like this from Dana White, it is stunning that the UFC’s fighters still haven’t unionized.