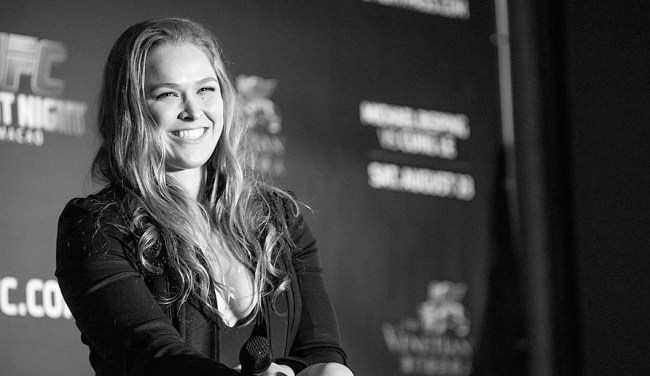 UFC president Dana White appeared on UFC Unfiltered on Monday and dropped some MAJOR news regarding the future of Ronda Rousey with regard to her ever fighting again.

After yet another stunning defeat, this time at the hands of current champion Amanda Nunes, many of us have wondered if Rousey still has what it takes to compete at the highest level of mixed martial arts after previously dominating the sport.

Turns out, according to White, it doesn’t sound like she does…

White appeared on the “UFC Unfiltered” podcast and was asked straight-up about the chances of Ronda getting back in the Octagon after she got destroyed by Amanda Nunes at UFC 207.

“I think she’s probably done … She’s going to ride off into the sunset and start living her life outside of fighting.”

While this is major news, if true, it really isn’t much of a surprise. It would be unfortunate because Rousey meant so much to the sport and was so damn good at it, but women’s MMA survived losing Gina Carano and it too will survive losing Ronda Rousey.

Perhaps someone like Mackenzie Dern can be that next “face” of women’s MMA if she continues on her current career arc. Then again, maybe White is wrong and we’ll see Rousey again inside the octagon. I guess only time will tell.

Listen to the entire conversation here or in the video below.