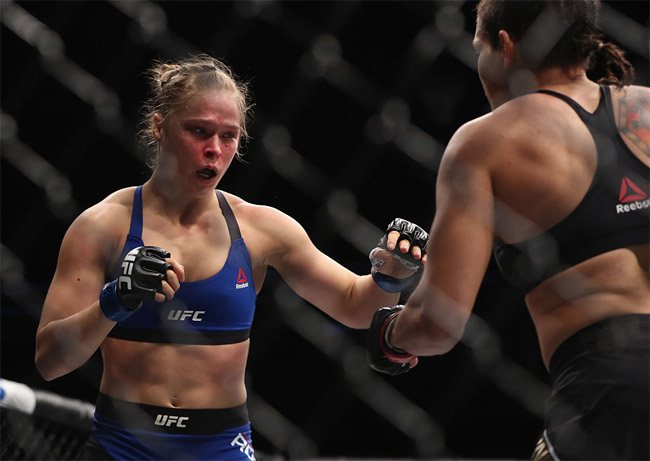 After two consecutive losses in the UFC, it appears that Ronda Rousey’s fight days are over. Over the weekend, UFC president Dana White spoke to ESPN and said that he believes Ronda has moved on from MMA is currently focused on starting a family

“Ronda Rousey is super competitive and doesn’t like to lose. I know she’s been criticized for that by a lot of people, but that’s just who she is and the way she is.

“And the way she is, is what made everybody get behind her. It’s what blew up the women’s divisions. Now she’s going to move on to the next chapter of her life, get married and have kids, do that thing. It’s not sad, it’s the way she wanted it.”

White went on to say that he didn’t want Ronda to come back to the UFC.

“I don’t know if I’d want her to. The way she came in, the way everything went — it was perfect,”
“I’ve never been one of those promoters that looks at, ‘Oh, imagine how much money I can make if Ronda Rousey comes back’ or the Chuck Liddells, all those guys. I’m actually the guy who, when somebody even hints at retiring, says, ‘I think you should retire.’

Ronda can probably live comfortably off her celebrity status for the rest of her life without getting punched in the face ever again and she should be happy about that.