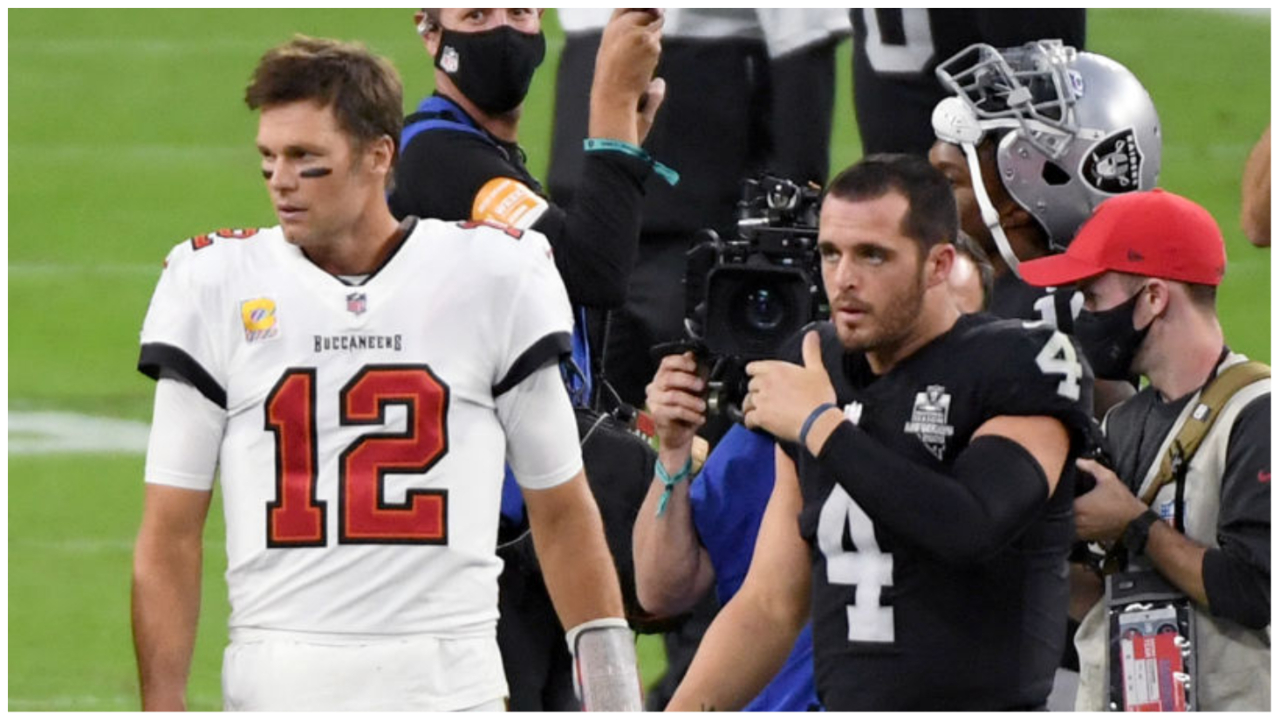 It appears that Derek Carr is the motherf***er Tom Brady referred to in a viral interview last year.

During an interview on LeBron James’, The Shop, an annoyed Brady revealed that a team had pulled out on a deal for him at the last minute to stick with their QB.

“One of the teams, they weren’t interested at the very end. I was thinking, ‘You’re sticking with that motherf–ker?’”

During Saturday night’s UFC 278, White revealed that he had a deal in place to bring Brady and the Gronk but head coach Jon Gruden.

UFC President Dana White claims he was working on getting Tom Brady and Rob Gronkowski to the Las Vegas #Raiders in 2020, but Jon Gruden decided in the last minute that he didn’t want to do it.

Fans immediately put two and two together and figured out Carr was probably the QB Brady was talking about.

Bruh Tom Brady was talking about the Raiders, Jon gruden & Derek Carr in this video 😭😭😭😭😭😭

This was Tom Brady talking about his free agency: “One of the teams, they weren’t interested at the very end. I was thinking, ‘You’re sticking with that mother*****?’”

That would seem to line up with Dana White's story below, which Gronk confirmed:pic.twitter.com/JVVfNaGiUq https://t.co/B0RMvP0M6n