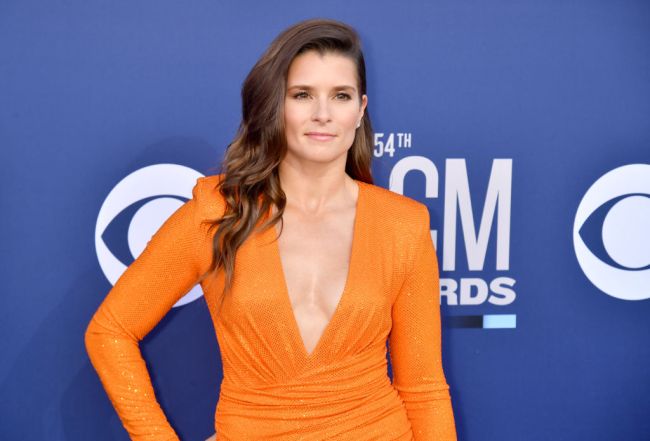 Aaron Rodgers and his new fiance Shailene Woodley have been very public with their blossoming romance, including lovey-dovey Instagram videos and their special “cuddle time.” Last month, Danica Patrick posted a cryptic message about “relationships” shortly after Rodgers announced his engagement to Woodley. But now, Danica Patrick appears to have moved on from her NFL QB ex-boyfriend and has rebounded with a very wealthy man.

Patrick, 39, posted a photo of herself and her new boyfriend on Instagram with the caption: “Beach workouts are fun for one, but better with you.” The couple are sweaty on a beach and Danica is getting a kiss from her new beau.

“I’m a curious health nut who’s tried it all — just like you,” Comstock said of himself in a 2019 Medium post.

Patrick and Comstock both contributed to a $5 million seed investment in Beam, a direct-to-consumer wellness brand known for THC-free CBD products.

During a March episode of Tamron Hall Show, the former NASCAR racer revealed that she is picky in finding a new boyfriend.

While appearing in a recent episode of Running Wild With Bear Grylls, Patrick revealed that she was “broken open” over the breakup with Rodgers.

“I think we learn the most about ourselves through relationships, but there’s nothing like heartbreak to really throw you in the deep end of that,” Patrick said. “But I’ve learned a lot, and as broken open as I was on the sad end, I have felt so much joy in so many more instances and so many more unlikely places than I ever have, so it’s like my heart got broken open to both ends of the spectrum,” she added.

Danica eats a scorpion with Bear Grylls, so there’s that.