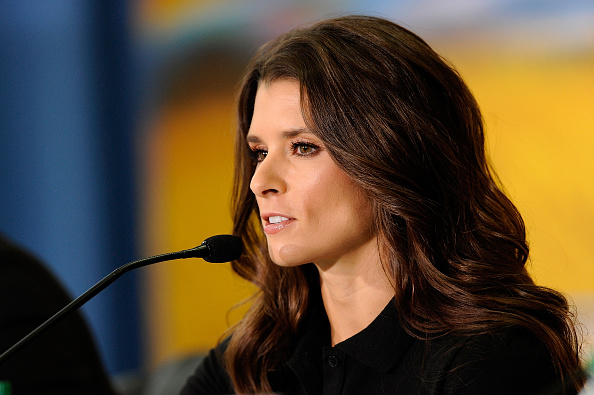 There were rumors swirling for weeks that Aaron Rodgers and Danica Patrick were dating and now it is official. On Monday, Patrick confirmed that she is dating the Green Bay Packers quarterback. “Yes, Aaron and I are dating,” Patrick told the Associated Press. The NASCAR driver said she Rodgers back in 2012 at the ESPY Awards where Aaron won the award for Best NFL player that year.

Rodgers has talked about the difficulties of being famous and dating in the past. “When you are living out a relationship in the public eye, it’s definitely … it’s difficult,” Rodgers told ESPN the Magazine last August. “It has some extra constraints, because you have other opinions about your relationship, how it affects your work and, you know, just some inappropriate connections.”

Both celebrities are coming out of relationships. After a 3-year relationship, Rodgers broke up with his girlfriend Olivia Munn in April. After dating for five years, Patrick, 35, split from her longtime boyfriend Ricky Stenhouse last month. The rumors of their relationship escalated last week when TMZ spotted the couple were seen at The Mission restaurant in Scottsdale, Arizona. After dating Olivia Munn and now Danica Patrick, this confirms that Aaron Rodgers has a type: slender brunettes who have never won a NASCAR race.